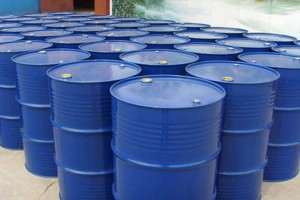 With the declaration of force majeure on Bonny Light exports by Shell Petroleum Development Company of Nigeria Limited, about 400,000 barrels per day of Nigeria’s production has now been shut in.

Force majeure is a legal clause that allows an oil firm to stop shipments without breaching contracts.

The oil major said in a statement signed by its spokesperson, Mr. Bamidele Odugbesan, on Wednesday that the force majeure took effect from Tuesday, May 10, 2016.

“The Shell Petroleum Development Company of Nigeria Ltd  (SPDC) declared force majeure on Bonny Light exports effective 12:00hrs Nigerian Time, 10th May 2016 following a leak that led to the closure of Nembe Creek Trunk line for repairs by the operator, AITEO Eastern E & P Company Ltd. Enquiries on the incident and repair should be directed to the operator.”

It said the decision came as a result of a leak that led to the closure of the Nembe Creek Trunk line for repairs by the operator, Aiteo Eastern E & P Company Limited.

The SPDC did not disclose the cause of the leak in the statement.

Shell had in February declared force majeure on liftings from the Forcados export terminal following the disruption in production caused by the spill on its subsea crude export pipeline.

A group named Niger Delta Avengers claimed responsibility for the attack on the Shell oil pipeline, which shut down the 250,000bpd export terminal.

Commissioned in 2010, the 100-km NCT feeds the Bonny export terminal, and the disruption will affect the loading of seven cargoes, representing a combined volume 217,000 bpd. It has a capacity of 600,000 bpd, according to Shell’s website.

The halt in Bonny Light loadings comes less than a week after Chevron said 35,000 bpd of its Nigerian net crude production had been halted by an attack on its offshore Okan facility, and three months after Shell suspended production at Forcados.

If all Bonny Light production is cut, it will bring output to below 1.5 million bpd for the first time since September 1994, according to Energy Information Administration data. Nigeria exports almost all its production.