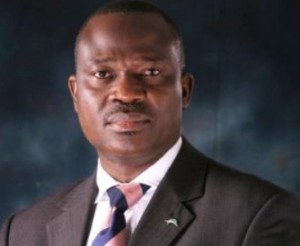 The Group Managing Director/Chief Executive Officer of Skye Bank Plc, Mr. Timothy Oguntayo, has disclosed that the bank’s agricultural portfolio had reached about 10 per cent from five per cent two year agonke, showing its support to the development of the nation’s economy.

Oguntayo who said agriculture comprised a significant portion of our portfolio in Skye Bank, noted that  From less than five percent two years ago, the bank has now raised its contribution to the sector to nine per cent and almost hitting 10 percent.

The Skye Bank CEO, who spoke with select journalists on the sidelines of 3rd Ogun State Investors’ Forum held in Abeokuta, the Ogun State Capital,said the bank was supporting agriculture in nine states under the pilot agriclutral scheme with focus on rice and cassava production.

“We have brought in international participants – those who have done it successfully in other parts of the world – to come and work with clusters of farmers; a group of farmers we have in Ogun State here, we have in Osun State, we have in the northern states.”

He said that the pilot agricultural schemes  currently located in nine Nigerian states and centered on rice and casava production, are expected to open up massive economic opportunities for young entrepreneurs and jobless Nigerians.

Speaking on the Ogun State Investors’ summit, Oguntayo said Skye Bank was partnering with the state  in line with its retail focus on developing SMEs through agricultual financing in line with the import substitution strategy of the Federal Government of President Mohammadu Buhari.

He however, urged government at all levels to support all private sector’s efforts centred on wealth and employment creation as well as other ventures that tend to improve and grow the nation’s economy, adding that government only needed to create enabling business environment for investment.

Mainwhile,Skye Bank Plc has advised the Small and Medium Enterprises in the country to put in place strong internal control and effective book keeping measures as critical success factors for business sustainability.

The Head, Small Business Group of the bank, Mrs. Ayodele Olojede, gave the advice in Benin City during the bank’s Pan-Nigeria SME seminar organised to help the SMEs overcome the usual problems confronting them.
According to her, through effective control and financial discipline, the SMEs have a good chance of growing to become major employers of labour and the country’s engine for economic growth and development.
She said Skye Bank started the Business Seminar Series to educate and empower the SME operators with knowledge and skills required for survival and continuity.
The special guest at the seminar, who is also the Managing Director of Omega Foods and Restaurant, Benin, Mr. Alex Otuya, stressed the importance of training, innovation, good record keeping as critical success factors for businesses.
Otuya said the SME owners should personally supervise their businesses to promote a culture of excellence as well as pay emphasis on the quality of their products and services.
He advised the business owners to avoid spending their early profits on frivolous things, saying early profits from the business should be re-invested.

A Bank of Industry consultant, Mr. Adolphus Ojobo, outlined the basic steps business owners needed to take to access the Federal Government’s intervention fund from the BoI and other banks to grow their businesses.
According to him, record keeping, bankable projects and good leadership qualities are essential in business management, emphasising that doing otherwise is inimical to the growth of business.