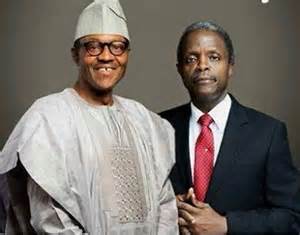 The Central Bank of Nigeria (CBN) said yesterday that those campaigning for further devaluation of the naira, or speculating it has already devalued the local currency should have rethink.

There were speculations that the CBN would devalue the naira, as a last resort to ongoing economic crisis and will come immediately after raising fuel prices.

Speaking yesterday , the apex bank’s spokesman said the regulator will not, and has not devalued the naira. “Naira has not been devalued. The naira devaluation rumour is untrue,” he said.

But amidst devaluation uncertainties and shortages of forex, most foreign investors remain cautious about entering the Nigerian market whilst currency and reinvestment risks linger.

On the other hand,For the umpteenth time, President Muhammadu Buhari has insisted that he was yet to be convinced that the vast majority of ordinary Nigerians would derive any tangible benefit from a devaluation of the Naira.
A statement issued by the Senior Special Adviser to the President on Media and Publicity, Mr. Femi Adesina said he maintained his stand on Naira devaluation ,while speaking at a meeting with members of the Council of Retired Federal Permanent Secretaries who paid him a courtesy call at the State House in Abuja.

Buhari said that he still held the conviction which motivated his principled resistance to devaluation in his first tenure as Head of State.

The president said: “When I was military Head of State, the IMF and the World Bank wanted us devalue the Naira and remove petrol subsidy but I stood my grounds for the good of Nigeria.

“The Naira remained strong against the Dollar and other foreign currencies until I was removed from office in August, 1985 and it was devalued.

“But how many factories were built and how many jobs were created by the devaluation?

“That is why I’m still asking to be convinced today on the benefits of devaluation.”

Vice President, Professor Yemi Osinbajo, in the presence of the current economic challenges facing the country, said on Wednesday that Nigeria is in the move to “substantially re-evaluate” its foreign exchange policy, adding that a “more flexible approach” to the currency should be expected “soon.”
He told investors, “We expect that with a more flexible policy, we will be able to attract more capital into the system and ease business.”

This was contained in his speech on Wednesday evening while addressing investors in a conference organised by Renaissance Capital in Lagos State.

He added, “We expect very soon we will see a more flexible approach to the currency.”

Nigeria’s Economy has come under heavy attack following the drop in the price of oil, which is the country’s main export.

However, the International Monetary Fund has advised those piloting the country’s economy to allow greater exchange rate flexibility as “the first line of defence.”

Despite the slowdown in foreign exchange earnings as a result of the fall in oil price, President Buhari has stood his ground that the naira should not be further devalued.

The president has repeatedly aired his support for the governor of the Central Bank, Godwin Emefiele’s maintaining of the naira’s official rate at 197-199 against the dollar since March 2015.

This, the Nigerian business community and foreign investors have frowned at, saying that the presidency is interfering in monetary policy, which according to them, is hurting the central bank’s independence.

Osinbajo continued, “We believe there must be some substantial re-evaluation of the foreign exchange policy especially with a view to increasing foreign exchange supply, encouraging capital importation and also being able to allow free flow of remittances…

The vice president said that the executive is “not responsible for monetary policy” but added that he hoped the central bank would act soon with the policy changes he talked about.