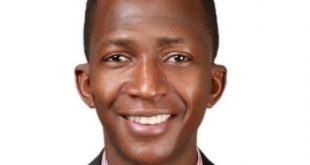 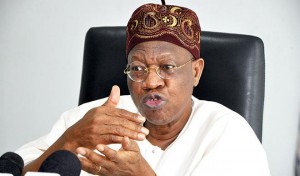 Minister of Information and Culture, Lai Mohammed, has said that the increase in fuel price will create 200,000 jobs and prevent the loss of 400,000 more jobs.He said the tough move was to end the lingering fuel scarcity in the country.Speaking  in Lagos on Friday, May 13, Mohammed explained that only the liberalisation of petrol supply would ensure the availability of the product.

In a statement issued by his media aid, Segun Adeyemi, he said: “It (new petrol price regime) would end the recurrent fuel scarcity by ensuring product availability across the country, reduce hoarding, smuggling and diversion of products substantially, improves fuel supply situation through private sector participation, creates labour market stability, as this will potentially create additional 200,000 jobs through new investments in refineries and retails and prevents potential loss of 400,000 jobs in existing investments.”

According to the minister, the crash in crude oil price , which put a toll on foreign exchange earnings, had further compounded the crisis in fuel supply.

“With the drastic fall in the price of crude oil, which is the nation’s main foreign exchange earner, there has also been a drastic reduction in the amount of foreign exchange available. The unavailability of forex and the inability to open letters of credit have forced marketers to stop product importation and imposed over 90 percent supply on the NNPC since October 2015, in contrast to the past where NNPC supplies 48 percent of the national requirement,” Mohammed said

He said the recent attacks carried out by the Niger Delta militants on oil installations drastically reduced national crude oil production to 1.65 million barrels per day, against 2.2 million barrels per day planned in the 2016 budget thereby reducing income to federation account and also affecting crude volumes for PMS conversion.

In a similar vein,the Federal Government believes  the new price regime for the downstream petroleum sector will go a long way in  tackling  the hardship faced by Nigerians and create additional 200,000 jobs in the country,the News Agency of Nigeria (NAN) reported yesterday quoting  from a bulletin issued by the Ministry of Petroleum Resources.

It said that the new price template would potentially create jobs through the envisaged new investments in refineries and retailing of crude oil products.

It stated that the new pricing template would also prevent potential loss of nearly 400,000 jobs in existing investments in the sector.

The bulletin explained that new framework would on the long run solve the recurrent fuel scarcity crisis by ensuring the availability of the products at all locations of the country.

It said the measure would also ensure the total elimination of hoarding, smuggling and diversion of the product while also stabilising price at the actual product price.

It stated that government, through the new price regime, would monitor the new price to ensure that citizens got a fair value for the products they purchased.

It said the new price would enable marketers to source their foreign exchange independent of the Central Bank of Nigeria and ensure adequate product supply in all locations of the country.

It explained that the measure would enable government to deliver on its statutory functions of power generation, security, provision of education and health.

The document explained that the new price regime would permanently eliminate subsidy payments and ensure the availability of funds for the full payment of monthly Federal Accounts Allocation Committee.

It will also provide additional funds for other palliatives and help in stabilising the economy by creating access to development loans.

Vice president Osinbajo,while mentioning reasons for the decision said,our local consumption of fuel is almost entirely imported. The NNPC exchanges crude from its joint venture share to provide about 50% of local fuel consumption. The remaining 50% is imported by major and independent marketers.

“These marketers, up until three months ago, sourced their foreign exchange from the Central Bank of Nigeria at the official rate. However, since late last year, independent marketers have brought in little or no fuel because they have been unable to get foreign exchange from the CBN. The CBN simply did not have enough. (In April, oil earnings dipped to $550 million. The amount required for fuel importation alone is about $225million!) .

“Meanwhile, NNPC tried to cover the 50% shortfall by dedicating more export crude for domestic consumption. Besides the short term depletion of the Federation Account, which is where the FG and States are paid from, and further cash-call debts pilling up, NNPC also lacked the capacity to distribute 100% of local consumption around the country. Previously, they were responsible for only about 50%. (Partly the reason for the lingering scarcity).”

He said that the government realised that it was left with only one option: to allow independent marketers and any Nigerian entity to source their own foreign exchange and import fuel.

Accordingly, government expected the marketers  to source foreign exchange at an average of about N285 to the dollar, (current interbank rate).

“They would then be restricted to selling at a price between N135 and N145 per litre,” he said.

“We expect that with competition, more private refineries, and NNPC refineries working at full capacity, prices will drop considerably. Our target is that by Q4 2018 we should be producing 70% of our fuel needs locally. At the moment, even if all the refineries are working optimally, they will produce just about 40% of our domestic fuel needs.

“You will notice that I have not mentioned other details of the PPPRA cost template. I wanted to focus on the cost component largely responsible for the substantial rise, namely foreign exchange. This is therefore not a subsidy removal issue but a foreign exchange problem, in the face of dwindling earnings.”