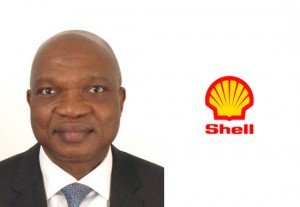 Amnesty International has said Shell must not be allowed to shirk its responsibility to clean up decades of oil pollution in the Niger Delta.

This comes ahead of the commencement of the Federal Government’s clean-up programme of Ogoniland on Thursday.

The human rights watchdog said on Tuesday that scores of oil spills from Shell operations in the Niger Delta had yet to be properly cleaned up, and even sites the multinational company claimed to have cleaned remained polluted.

It said there were at least 130 oil spills from Shell operations in 2015, adding that under Nigerian law, companies were obliged to clean up whatever the cause.

The Business and Human Rights Campaigner at Amnesty International, Joe Westby, said, “The Niger Delta is one of the most oil-polluted places in the world. That is because companies like Shell are failing to prevent or clean up spills years, sometimes decades, after they happen. Shell cannot rely on the Nigerian government to clean up its dirty work for it.

“The tragedy is that the oil spills continue to destroy the livelihoods of thousands of local people to this day. Shell will tell you that the vast majority are a result of theft, even though Amnesty International has repeatedly published evidence showing Shell misstates the cause of oil spills.

“But whatever their cause, Nigerian law still says that the company who operates the pipeline has to clean up. That is something Shell has failed to do for decades.”

Amnesty said after years of lobbying, President Muhammadu Buhari’s government on April 29 announced that it would start the clean-up programme on June 2.

It said the clean-up was called for in 2011 by the United Nations Environmental Programme in a report exposing massive levels of pollution caused by oil spills from Shell pipelines in the Ogoniland region.