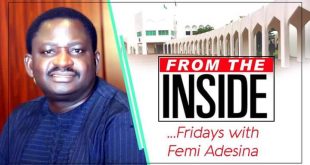 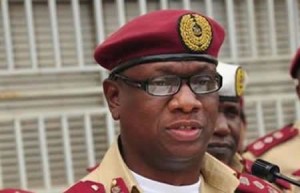 The Director, Star Deepwater Petroleum Limited, Mr. Jeffrey Ewing, while speaking at the Arrive Alive Road Safety Programme in Lagos, said the Agbami co-venturers had continued to demonstrate commitment to conducting their business in Nigeria in a socially responsible manner; adding value to the lives of the people and contributing positively to the socio-economic development of Nigeria.

He said, “That explains why we are partnering the Arrive Alive Road Safety Initiative, the Lagos State Capital Territory Development Agency and the FRSC to deploy this programme aimed at strengthening the safety measures being put in place within the state especially along the Lekki-Epe Expressway.

“Safety is a core value among the Agbami co-venturers. Last week in Asaba, the co-venturers made a similar donation to the FRSC in Delta State. In continuation of this N40m road safety campaign, today, we are donating three police motorbikes to the FRSC, Lagos State Command in support of the road safety initiative in the state.”

According to Ewing, Nigeria is one of the three African countries participating in the Arrive Alive programme pioneered by Chevron.

He said through the partnership, they had deployed regular training programmes for drivers, provided helmets for motorcycle riders and organised enlightenment programmes for truck drivers and members of the National Union of Road Transport Workers.

“We have also organised child road safety campaigns in some states of the federation with a view to helping the children imbibe road safety culture early in life,” Ewing said.

The Chairman, Famfa Oil Limited, Mr. Modupe Alakija, said the programme was a response by the Agbami parties to the spate of road mishaps around the country and the need for private sector support in instituting road safety culture among Nigerians.

The Group General Manager, National Petroleum Investment Management Services, an NNPC subsidiary, Mr. Dafe Sejebor, said, “I am confident that this gesture will assist the FRSC in the discharge of their duties and will reduce road accidents on the Lekki-Epe highway and other parts of Lagos metropolis.”

The Agbami field is located approximately 70 miles (113 kilometres) offshore Nigeria, but in line with the Deep Offshore Community Affairs Group engagement principles, we view the entire country as the Agbami community.