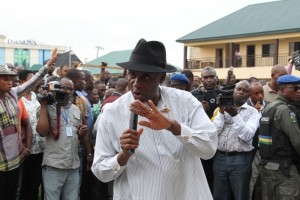 He, however, thanked the President Buhari -led administration for coming to the aid of the Ogoni people and for fulfilling part of his campaign promises of cleaning up the region.