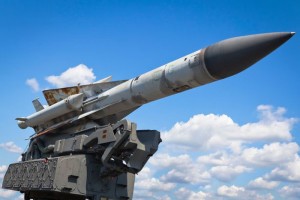 Threat by a militant group, Joint Niger Delta Liberation Force (JNDLF), to launch six missiles in the Niger Delta from Tuesday has sparked panic in the geo-political zone.

Residents of Rivers, Delta and Bayelsa states in particular are apprehensive of the likely effects of the missile launch on an area that is already in turmoil over the spate of attacks on oil installations in Bayelsa and Delta states by the Niger Delta Avengers (NDA).

They want the Federal Government and the security agencies to step in immediately and stop the situation from degenerating.

Some of the people who spoke to The Nation on the matter fear that the militants usually carry out their threats, adding that those that were issued by NDA had come to pass without anyone preventing them.

Others berated the militants and queried their motive for wanting to cause grieve among the people they claim to be defending.

Comrade Ben Tari, leader of Eye of Niger Delta (END), said in Port Harcourt that no true son of the Niger Delta would threaten the people the way the JNDLF and the NDA are going about their business.

He queried: “Are you sure that these people are from the Niger Delta? They say they are new but they are not new. They are still the same people that broke away from earlier groups because they refused to be controlled.

“They are complaining about government and the oil companies, killing the means of livelihood of the Niger Delta people, such as the aquatic system.

“Now they want to launch missiles to kill us and our soil.

“If they want to fight our cause, they should make use of the International Court.”

The President of Aggrieved Niger Delta, Mr. Prince Amatari Bipeledei, described the missile launch threat as a needless venture and asked President Muhammadu Buhari to have a rethink about military action to confront the Niger Delta militants.

He called for dialogue instead.

Bipeledei said: “Nobody has ever achieved anything with violence. I want the Avengers to apply dialogue and a sense of maturity, understanding and wisdom.

“I am for peace, and to be frank, agitation may not be meaningful because it has put the region in a tight situation.

“I am not happy about the inability of the government to take things seriously until they have gone out of hand.

“These youths would not have gone this far if the previous government had considered our challenges.”

He said there would always be crises in the region for as long as it remains underdeveloped and neglected.

A former military administrator of Bayelsa State, Colonel Edor Obi (rtd) advised the Federal Government to exercise caution in handling the problem, noting that the challenge cannot be solved militarily.

He said: “The killing of soldiers and civilians and bombing of oil facilities are condemnable, but the Federal Government would have to thread with caution in handling the matter.

“It will require a lot of tact to address the problem. But one thing the government must do is open up communication channels because the problem cannot be solved militarily.

“If we are not careful in handling the problem, it could become a more complex national security challenge than terrorism.”

A Senior Advocate of Nigeria, Chief Ladi Williams, also advised the Federal Government against using only force to address the problem. Instead, he said, the government should use the carrot and stick approach to resolve the challenge.

“The President must constitute a war and peace council that should not consist of officials of the government alone but everybody who genuinely wants an end to this problem.

“The young men making up the group should also toe the part of peace and avoid wasting their lives.”

The president, Arewa Youth Consultative Forum, Comrade Shetima Yerima, who doubles as the Chairman, Coalition of Ethnic Nationality Youth Leaders, described the JNDLF threat as disappointing, saying: “It is unfortunate that they are sabotaging the efforts of the government and setting the country back for no good reasons.

“It is very wrong of them to have put us in this mess. If they have issues with the Federal Government or any individual in the government, they should employ a peaceful way of resolving it.

“We all gave the region our support for them to get 13 per cent derivation and other benefits without using violence. Why should they now take to violence if there is anything that they want the government to do?

“We would not advise the Federal Government to use force against them. The use of force does not lead to anything good. Rather, the government should employ dialogue to resolve the problem. “They should engage all the stakeholders to come up with a roadmap to resolving the problem.”

Debunking the rumour that the Igbo are working in conjunction with the militants, the President of the youth wing of the pan-Igbo socio- political group, Ohanaeze Ndigbo, Mazi Okechukwu Isiguzoro, said: “The Niger Delta militants don’t have the support of Ndigbo. We totally condemn their activities because they are causing untold setback for the good plans that President Buhari has for the country.

“They don’t have our support, and in the interest of the whole nation, we urge them to put an end to the attacks.

“The militants, Boko Haram groups and the agitators in the South East should bring their grievances to the table for dialogue.”

His Ijaw Youth Congress counterpart, Comrade Udengs Eradiri, said: “The attacks are senseless but the government must be responsible to its duties.”

A chieftain of the All Progressives Congress (APC) in Bayelsa State, Mr. Christopher Abarowei, appealed to security agencies to expand their intelligence and investigate the threats with all seriousness.

“We recall that the militants said they were going to carry out an attack that would shock the world.

“In this dangerous times we live in, security operatives must close ranks to pursue all intelligence and identify all threats before dismissing them.

Abarowei also urged the youths in the region to change their tactics of agitation, adding that violent protest was out of vogue.

He said the action of the militants had deepened the hardship in the region and resulted in the inability of states in the area to pay salaries.

The Ijaw Youth Council (IYC) Worldwide pleaded with all militant groups in the zone to give peace a chance.

The IYC in a statement by its spokesman, Eric Omare, said the present situation “requires the direct involvement of President Buhari,” because, as he put it, “the events of the last few days have clearly shown that those mandated to lead the peace process have failed to produce the desired result.”

He also advised the governors of the Niger Delta states to “collaborate and galvanise stakeholders in the region to quickly start the process to return peace to the Niger Delta region.

“This is a call to save the Niger Delta region and Nigeria; hence political considerations must be set aside.

“The events that are happening in the region pose serious economic, environmental and security challenges to the entire nation.”

The group told the NDA and other groups threatening the peace that “violence has never solved problems anywhere in the world.

“The federal, state governments and stakeholders in the Niger Delta region should be given the opportunity to look at the issues at stake. We strongly feel that the continuous bombing of oil facilities and killings is not in the interest of the Niger Delta region and people. Aggrieved groups must give peace a chance!”

“We in strong words condemn this senseless killing of soldiers and civilians that were working in the houseboat. This act of wickedness would only complicate an already delicate security situation.”

He said the threat to launch six missiles from June 7, if carried out, would jeopadise the unity of the nation.

He advised the federal government to employ proxies to negotiate with the militants, stressing that the militants might be afraid to come out to the negotiating table for fear of being arrested.

He said many patriotic Niger-Deltans will be willing to engage the militants and persuade them to drop their arms.

He said two wrongs cannot make a right, noting that “the destruction of our commonwealth and the threat by the federal government to deal decisively with the militants as counterproductive.”

According to him, the risk and benefit in the military option was more risk prone than posing any benefit to the nation.

He warned that the Nigerian State cannot afford to three theatres of war, adding that the war in the North-East is still raging, while the IPOB protests is gaining momentum, and urged caution in tackling the insurgency in the Niger-Delta.

He said: “If we are not careful, the various wars could ‘derail the delivery of the electoral promise of the ruling party.”

Some stakeholders in Anambra State said there was no cause for panic.

Speaker of the State House of Assembly, Hon. Rita Maduagwu; the Vice Chancellor of Odumegwu Ojukwu University, Prof Fidelis Okafor and the traditional ruler of Amanuke in Awka North, lgwe Denis Ezebuilo, said Nigeria needs peace at this point in time and nothing should be done to harm its unity.

“What we need is peace and unity in this country and we will not allow anything to separate us,” Maduagwu said.

Prof. Okafor asked Nigerians not to panic and said God was in control in Nigeria.

“God is protecting this country, there is no cause for alarm. Such a threat would eventually turn out an empty one,” he said.

lgwe Ezebuilo told The Nation yesterday that only God’s grace could stop the  plan.

He said the Almighty God would surely destabilize any evil plan by anybody or group in the country.

To Akure lawyer and activist, Mr. Charles Titiloye, the JNDLF threat is nothing short of a declaration of war on Nigeria.

He asked the federal government to immediately proceed to take a decisive action on the threat to the nation’s security.

Titiloye who is a former Secretary, Nigeria Bar Association (NBA), Akure Branch urged Niger Delta elders not to allow militants to turn the creeks into another Sambisa Forest.

“The time to check the activities of these militants is now. It is very unfortunate that despite the amnesty programme which is sustained by the Buhari government, militants are still threatening the Nigerian state.”

The National President of theYoruba Youth Congress (YYC), Prince Dapo Adepoju also condemned the threat to launch missiles. The YYC leader pleaded with the group to lay down its arms in the interest of peace.

It did not disclose the nature of the missiles but  warned that no airplanes should fly in and out of the country within the period claiming that the weapons were capable of hitting any object despite its size.

It said its fighters trained for that purpose had already arrived the region with its foreign partners through what it described as the country’s porous borders.

The group in an electronic statement said it took the decision to further wreck havoc in the region at  a meeting attended in Yenagoa, Bayelsa State by its commanders.

It said that the launching of the missiles would signal its readiness for the final breakup of the country.