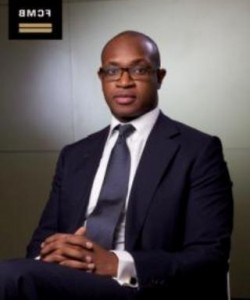 First City Monument Bank (FCMB), has said it is set to offset the medical bills of over 400 Nigerians affected by cataract and other eye diseases, nationwide.

According to a release by the bank, “By way of medical examinations, eye surgeries, provision of medication and eye glasses, beneficiaries will include indigent Nigerians-the underprivileged and senior citizens, drawn from all regions of the federation.”

It stated that this is in partnership with a team of eye doctors and experts from India under the umbrella organisation of Tulsi Chanrai Foundation (TCF), saying the services are free of charge to Nigerians and are without conditions attached as long as the prospective patient can find his or her way to either the center in Calabar, Cross-River State, for the South and Kebbi in Kebbi State for patients in Northern Nigeria.

FCMB stated that the passion to help restore sight is motivated by its desire to contribute towards national development, saying “The bank is not just in business to make profit, but is also fully concerned with the need to positively affect and impact the community.”

Speaking to the media in Lagos, the group head, of Corporate Affairs of the bank, Mr Diran Olojo said, “The project tagged, “Priceless Gift of Sight,” is a social service initiative FCMB has continuously sponsored for seven years in a row.

“It is in line with the Sustainable Development Goals’ aspect of ‘health for all’ campaign. It also fundamentally aligns with our corporate social responsibility (CSR) pillar of poverty alleviation. How well we also positively affect the people in the communities where we do business, is a major concern of our executive management.”

Speaking on the partnership, the chief operating officer of Tulsi Chanrai Foundation (TCF), Mr. Col Prasad said, “We thank FCMB for being generous to give us sponsorship for 400 eye surgeries this year despite the economic crisis. TCF will remain grateful to your esteemed organisation.