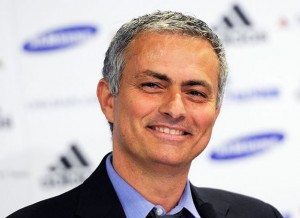 Chelsea and Jose Mourinho have reached a settlement with former team doctor Eva Carneiro over claims she was constructively dismissed by the club and discriminated against by its former manager, Sky Sports reports.

Manchester United manager Mourinho – who had not been expected to attend until he was due to give evidence next Monday and Tuesday – arrived at the tribunal in Croydon just after 1pm on Tuesday, along with Chelsea chairman Bruce Buck.

Their arrival delayed the start of day two, during which Carneiro was due to begin giving evidence, but after last-minute talks between the parties, a settlement was agreed shortly before 3.30pm.

A statement on the club’s official website read, “Chelsea Football Club is pleased to announce that it has reached an agreement with Dr Carneiro which brings her employment tribunal proceedings against the club and Jose Mourinho to an end.

“The club regrets the circumstances which led to Dr Carneiro leaving the club and apologises unreservedly to her and her family for the distress caused. We wish to place on record that in running onto the pitch Dr Carneiro was following both the rules of the game and fulfilling her responsibility to the players as a doctor, putting their safety first.

“Dr Carneiro has always put the interests of the club’s players first. Dr Carneiro is a highly competent and professional sports doctor. She was a valued member of the club’s medical team and we wish her every success in her future career.”