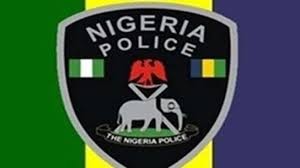 A police corporal, Daramola Tosin, attached to the Ekiti Police Division in the Ekiti Local Government Area of Kwara State, has been dismissed from the Force for allegedly killing an inspector, Mr. Lateef Shuaib.

Tosin allegedly shot Shuaib after secretly withdrawing up to N300,000 from Shuaib’s bank account without his consent.

Shuaib had entrusted Tosin with his Automated Teller Machine card when he fell ill.

The suspect was said to have initially withdrawn money for the use of the father of two.

However, it was learnt that the suspect started taking money in bits from the account for his own use until he withdrew up to N300,000.

Shuaib was said to have chided him for the action.

The inspector was reportedly defecating when Tosin shot him dead with an AK-47 rifle and buried him at the back of a police barracks.

The victim’s sister, Sherifat Hammed, was said to have reported to the Osi Police Station on May 10, 2016, that Shuaib had been missing since May 6.

Hammed said she suspected Tosin because her elder brother informed her when he was sick that he entrusted his UBA ATM card to the suspect to help him in withdrawing money.

The Kwara State Commissioner of Police, Mr. Sam Okaula, said when the matter was brought to his attention he ensured that discreet investigation was conducted, adding that the suspect was arrested.

According to him, the corporal confessed to the crime and was dismissed.

Our correspondent learnt that the corporal was made to face an orderly-room trial for leaving his place of duty and for discreditable conduct and was found guilty.

The CP said, “We do not condone crime. We go after anyone including members of the Force who go out of their way to commit crime. We will investigate and prosecute them if found culpable and ensure we gain conviction. This particular dastardly act will not be an exception.”

The suspect was arraigned on Tuesday before a magistrate’s court in Ilorin.

According to the First Information Report obtained by our correspondent in Ilorin, the Kwara State capital, the suspect buried the late inspector at the back of the Osi Police Barracks.

It said, “Investigation conducted at the Criminal Investigation and Intelligence Department, Ilorin, revealed that on May 6 at about 10pm, while Inspector Lateef Shuaib was defecating inside the bush, very close to the barracks at the Osi Police Station, you Daramola Tosin, callously and viciously traced him to the bush and shot him with your AK-47 rifle that led to his untimely death and you later buried him inside the bush at the back of Osi Police Barracks without the knowledge of anybody.”

The FIR said the offences were culpable homicide, breach of trust and theft, and were contrary to sections 221, 312 and 289 of the Penal Code.

When the case was called up, the police prosecutor, Inspector James Odaodu, said the offence of murder was capital in nature, adding that the suspect could not be admitted to bail.

He prayed the court to remand the suspect in prison custody.

The magistrate, Mr. Nurudeen Adeyanju, who did not take the plea of the accused, said his court lacked jurisdiction to entertain the matter since it was a murder charge.

He added that it should be handled by the high court.

He, however, ordered that the accused be remanded at the Federal Prison, Mandalla.

Meanwhile, Shuaib’s wife, Mosunmola , 47, of Ife, Olukotun, in the Yagba East of Kogi State, said the death of her husband by someone he trusted was devastating to the family.

She stated that their children, Kudirat, 23, and Sadiat, 20, had been traumatised by the calamity.

She, however, commended the CP and other officers of the command for the investigation and the arraignment of the accused.

Mosunmola said she was hopeful that justice would be done.