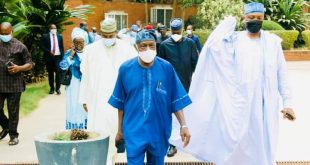 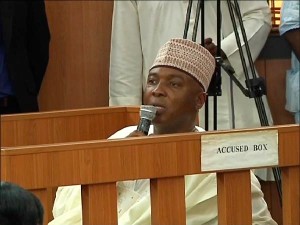 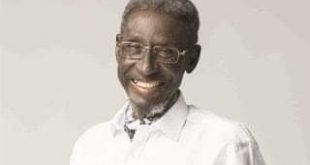 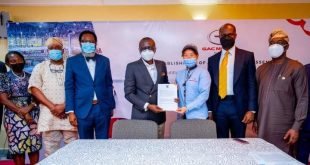 The Corps Marshal of the Federal Road Safety Corps, Boboye Oyeyemi, has commended Nigerians for embracing the Corps’ public sensitisation programme on tyres with enthusiastic acceptance of the campaign.
According to Bisi Kazeem, the Head Media Relations and Strategy of the FRSC, in a press release, Oyeyemi spoke at the opening of the 2016 Corps Marshal’s Second Quarter strategic session held at the FRSC National Headquarters, Abuja, with the Zonal and Sector Commanders.
Oyeyemi expressed satisfaction with the impact created by the public awareness campaign on tyres, noting that within the short period that the sesnsitisation programme was held, people embraced it with so much interest that they now check the date of manufacture of the tyres and prefer the ones manufactured in the current year.
The Corps Marshal stated that the strategic session was to enable the Commanding Officers and Management review the Corps’ operational activities in the first quarter of the year and work towards the next quarters based on the results.
He noted that the session was in continuation of the capacity development programme of the FRSC to keep its Commanding Officers and Management constantly abreast of developments in terms of  operations and advocacy.
“The reappraisal would enable see how far we have gone in the goals we set for the year and areas that may require review,” he stated.
Oyeyemi reiterated the commitment of the Management to consultation and collaboration with relevant stakeholders to ensure partnership that could deliver safety for the people.
He further pointed out that it was this policy of consultation that enhanced the Corps’ campaign on speed limiters and tyres with massive public enlightenment programme.
The Corps Marshal expressed appreciation to the Federal Government for its logistics support to the Corps, stressing that the empowerment of the Corps through procurement of operational equipment would assist in tackling the challenges of road traffic crashes in the country.
He added that as part of the efforts to increase the visibility of the Corps on the nation’s highways, more commands are being established in relevant corridors of the highways to increase the Corps’ capacity to promptly respond to reports of road carnage and other emergencies.
“From what we have seen so far, our officers across the country are doing well. We would continue to maximise the logistics available to ensure safety on the nation’s roads,” he further stated.
While urging the Commanding Officers to rededicate to the ongoing campaign on tyres, speeding and use of seatbelt, the Corps Marshal expressed dismay at the practice of overloading by drivers across the country which he described as disturbing.
According to him, the FRSC has been able to check overloading from the legal motor parks across the country, and determined to tackle the practice by drivers who operate outside the Motor parks.
He disclosed that as part of the Federal Government’s commitment to creating safer road environments in the country, the National Economic Council recently approved the Nigeria Road Safety Strategy document.
This, he said, would boost the Corps’ road safety campaign, noting that with the approval of the document, the government and people of Nigeria have taken full ownership of road safety in the country, stressing that the roadmap provided in the document will facilitate effective implementation of road safety policies and programmes in the country.
Oyeyemi appealed to members of the public to join the FRSC in the ongoing road safety campaigns, saying the responsibility of making the nation’s roads safe does not lie only with the Corps, but all road users and strategic stakeholders across the country.
The Corps Marshal however assured that the FRSC will continue to be effective in playing its role as the lead agency for road safety management and administration in the country through proper coordination of road safety activities for positive results.
The one day strategic session attracted Zonal Commanding officers from the 12 Zonal Commands and Sector Commander from 36 states of the Federation including the FCT. 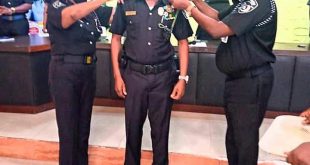