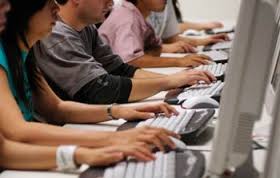 The newly launched Jobs portal of the Federal Government “N-Power. gov.ng,” has already recorded over 400,000 successful registrations since it opened for submissions on Sunday, June 12, 2016, the Job Creation Unit in the Presidency said on Monday.

The website has received over 35 million hits since it launched, MidnightSaturday.
The Jobs Scheme, also known as ‘N-Power’, is one of the five initiatives of the Social Investment Programmes of the Federal Government of Nigeria, for which N500B has been provided for the programme in the 2016 Budget.
The Scheme according to government officials is expected to provide employment opportunities for 500,000 graduates as teachers, agriculture extension advisers, healthcare assistants, and civic and adult education instructors in communities across Nigeria.
There will also be a pool of 100,000 software developers, hardware service professionals, animators, graphic artists, building services professionals, artisans and others.
According to a statement from the job creation office, Senior Special Assistant to the President on Job Creation said “We have been very impressed by the enthusiastic response to the call for applications. As atnoon on Monday June 13, only 36 hours after the launch of the portal, 403, 528 applicants had successfully registered on the site and were in the middle of completing the application process,” said Afolabi Imoukhede, Senior Special Assistant to the President on Job Creation.“We are also very pleased that the registrations have been taking place without any hitches or system failures, considering the volume of response.”

“All together the website has received over 35 million hits since Saturdaymidnight“.

He assured that the Buhari led presidency would ensure that the application process is not only structurally robust, transparent and fair, but that the selection process that will follow would also be based on objective criteria that has nothing to do with party affiliations.“Unemployed Nigerian graduates and non-graduates would be drawn from across the country on state by state basis in the final analysis,” Imoukhede added.
job portal slideshow 2016-06-14
Younews Ng
Share