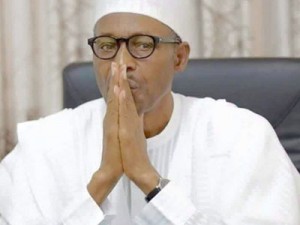 President Muhammadu Buhari on Monday said he knew the appropriate ways to deal with those opposing his ongoing anti-corruption war.

He said anybody who attempted to deter his administration from fighting corruption would suffer the consequences.

Buhari, who spoke in English and Hausa languages handed down the warning during the breaking of Ramadan fast, Iftar, he organised for some categories of people inside the Presidential Villa, Abuja.

The President regretted that the elite were self-centred and were only thinking about themselves.

“Whoever deter us from fighting corruption will suffer the consequences. It is unfortunate that the elite are self-centred and they only think about themselves.

“Be assured that we care about you at all times. This government is concerned about your welfare and we will work hard to improve it,” Buhari told his guests that included the physically challenged, the Internally Displaced Persons, taxi drivers, commercial motorcycle riders,  artisans such as butchers, hairdressers, barbers, tailors, members of the Buhari Support Organisation, President’s neighbours in Lobito Crescent, and junior workers in the headquarters of the All Progressives Congress.

The President said his government was conscious of the disadvantaged members of the public.

An IDP, Musbau Diti, who spoke on behalf of others, urged the President to do more to alleviate the sufferings of people in the different IDP camps across the country.

He also urged Buhari to set up a commission for persons with disabilities.

The dinner was preceded by a prayer session which Buhari attended with his guests before they broke their fast.

The President personally served some of the physically challenged persons before he returned to his seat to break his fast.

Buhari was joined at the dinner by Vice-President Yemi Osinbajo; Speaker of the House of Representatives, Yakubu Dogara; Secretary to the Government of the Federation, Babachir Lawal; the Minister of the Federal Capital Territory, Muhammed Bello, and some presidential aides as well as top government officials among others.

Embattled President of the Senate, Bukola Saraki, was absent at the event.

Saraki is said to have travelled to Saudi Arabia for the lesser Hajj.

He was however represented by the Senate’s Deputy Chief Whip, Senator Alimikhena Francis.