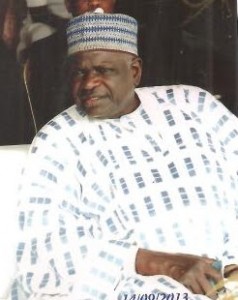 The former minister of internal affairs died at Harefield Hospital, Middlesex, UK, around 4pm after battling multiple diseases that affected his internal organs.

He was initially treated in Lagos but was flown abroad six months ago when his health did not improve.

The Marafan Sokoto was the vice-presidential candidate of Olu Falae in the APP/AD alliance in 1999, although they lost to the Olusegun Obasanjo/Atiku Abubakar PDP ticket.

He was also the director-general of the secret police, the Nigeria Security Organisation (NSO), the forerunner of the Department of State Services (DSS), from 1979 to 1983.

He was running neck-and-neck with Adamu Ciroma in the race for the presidential ticket of the National Republican Convention (NRC) in 1992 before the military government cancelled the primary.

He will be buried on Friday.