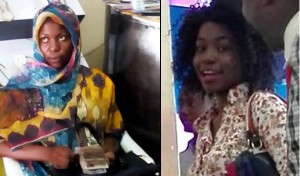 The Economic and Financial Crimes Commission has launched a nationwide manhunt for a woman believed to be in her 20s, Tofunmi Akinade, who is alleged to be a serial Automated Teller Machine fraudster and identity thief.

The EFCC said on its official Facebook page that the suspect recently stole the ATM card of a woman and stole over N1m from the account.

The commission said Akinade’s modus operandi was to stand near ATMs under the guise of helping old or physically-challenged people to withdraw money only for her to swap their ATM cards and convert them to her own use.

The anti-graft agency said the suspect “does not work during the official hours of the week”, adding that she operated late in the night when all bank transactions had closed and preferably at weekends when her prospective victims might not be able to alert the banks to their missing ATM cards.

The anti-graft agency said, “The Ibadan zonal office of the EFCC is on the trail of a suspected ATM fraudster, who goes by the name Akinade Tofunmi. Her trade in stock is identity theft. Her duty post is any ATM point and Point of Sales (POS) machines across the country.

“In her last operation, within 24 hours, this fraudster who operates with the identity of her victims succeeded in racking in about N3m.

“On Friday, June 3, 2016, at about the close of work, a woman, identified simply as Alhaja and her husband, who was waiting in the car, wanted to use an ATM somewhere in Ibadan, Oyo State, when Tofunmi noticed that the woman limped.

“Pretending to be polite and cultured, she offered to assist her with the transaction on the ATM. Unaware of the intention behind the pious approach, she gave the fraudster her ATM card and divulged her PIN.

“Smartly, the fraudster quickly checked the balance in the account which had N1, 749, 026.07. After the intended withdrawal of N20,000, the fraudster swapped the card and gave Alhaja a fake ATM card. Oblivious of the swap, she left with her husband.”

The EFCC said before midnight, the fraudster started withdrawing money from her victim’s account.

It alleged that she withdrew N130,000 and having exceeded the daily withdrawal limit for that day, she waited for a few minutes into the following day which was a Saturday and withdrew another N150,000.

It added that in a desperate attempt to empty the balance in the account, the suspect went to a night club where she met a motorcycle rider, popularly called okada rider, whom she approached for help.

The EFCC added, “She told the okada rider that she had enough money in her account, but could not access it having exceeded her daily withdrawal limit. She showed the okada man her balance and pleaded with him to give her his ATM card, account details and PIN for a quick teller transfer from her (Alhaja’s) account to theokada man’s account.

“With that, she was able to transfer some of Alhaja’s money in the okada man’s account, thereby stealing the identity of the unsuspecting okada man.”

The commission said in the early hours of that Saturday, she asked the okada man to take her to a hotel with an intention to further steal the identity of the hotel for another movement of the money.

It added, “At the hotel reception while paying for her accommodation which was N10,000 for one night, she deliberately credited the hotel’s account with N101,000 feigning a mistake and demanded a refund of N91,000  balance of an overpayment. This was also done with Alhaja’s ATM card through the POS machine at the hotel.

“To further conceal her identity, she provided fake personal details in the hotel and gave the hotel the okadaman’s account detail when the hotel management requested an account to deposit the refund.”

The EFCC said the suspect left the hotel and fled to Ilorin, Kwara State, with Alhaja’s ATM cards.

It said the okada rider had since been arrested and was helping detectives with investigation.