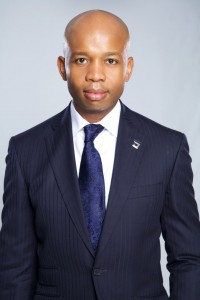 The ‘B’ IDR Rating indicates that has the capacity to meet financial commitments, subject to the country’s business and economic environment; while the ‘BBB+ (nga)’ National Ratings denote a “moderate default risk relative to other issuers or obligations in the same country”.

Further, the ‘F2 (nga)’ National Short-term Rating “indicates a good capacity for timely payment of financial commitments relative to other issuers or obligations in the same country”.

These ratings were premised partly on Fitch’s downgrade of Nigeria’s sovereign ratings (to ‘B+’) on 23 June 2016, in addition to the Bank’s strong capital, operational and liquidity positions.

Fitch noted that the strong regulatory capital ratios of the Bank have helped offset the one-off impact from the devaluation arising from Nigeria’s new FX regime. Nevertheless, the buffer between Nigerian banks’ capital ratios and the regulatory minimum is reducing.

Fitch expects foreign currency liquidity to remain tight in 2016, particularly as supply has not increased dramatically.

The agency noted that some banks have accumulated sufficient foreign currency liquidity to meet 2016 maturities.

According to the bank’s 2016 Q1 financial statements, capital adequacy and liquidity ratios of the bank were put at 16.2 per cent and 52.4 per cent respectively.

Total assets for the bank was put at N1.8 trillion, gross loans and advances of N844billion, customers Deposits of N1.3trillion and shareholders’ fund of N220billion.