Church in Ogun ‘tortures’ nine-year-old in chains for weeks 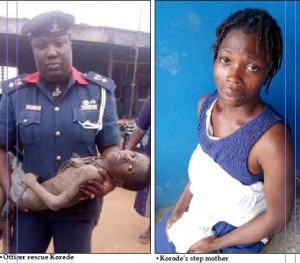 The Nigerian Security and Civil Defence Corps (NSCDC) says a nine-year-old boy was found chained for weeks at a church in Ogun state.

The boy, looking rather malnourished and gaunt, has been rescued and sent to the appropriate authority, the NSCDC said

“On the 22nd of July 2016, at about 10:30hrs at Ajibawo in Ado Odo OTA Division 2, NSCDC officers rescue a boy, named Taiwo Korede, aged nine years old, who had been chained for weeks at Celestial Church of Christ key of Joy Parish Ajiwo,” NSCDC said in a statement.

“The case has since been transfered to the appropriate authority for further investigation.”

What could have made a father chain his nine-year-old son like a dog for a whole month, in a church! And the father is a cleric?

These are some of the questions now being asked following the rescue of a badly emaciated Korede Taiwo from Key of Joy Celestial Church of Christ, Ajibawo, Atan Ota in Ado Odo/Ota Local Government Area of Ogun State

Korede’s father who is said to be the pastor in charge of the church is on the run, the police said yesterday.

The State Police Command said it had launched a manhunt for the suspect.

His wife and Korede’s step mother is, however, in police custody facing interrogation.

The Onipanu Division of the police was said to have been tipped off by neighbours of the Taiwos.

The police immediately swung into action although by then the suspect had fled.

Spokesman for the police in the state, Muyiwa Adejobi, confirmed the incident, saying the Assistant Inspector-General of Police in charge of Zone 2, Abdulmajid Ali, had ordered the arrest of the fleeing pastor and immediate medical attention for the kid.

“The police operatives, who got a tip-off from a neighbour in the community, swung into action and moved to the said church where the victimised young Korede was chained and rescued him,” Adejobi said.

He added: “Korede has been treated by the police and discharged. He is now receiving every necessary attention from the police personnel in the Onipanu Division.

“The young boy will soon be handed over to the Ministry of Women Affairs and Social Development in Ogun State for necessary action.”

Ali said any parents or individuals who maltreated children or young ones in the state would not be spared. 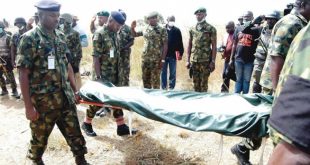