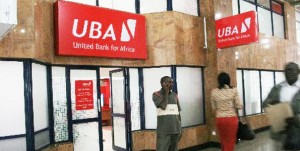 The board of directors of United Bank for Africa (UBA) Plc has decided to exercise the call option for the early redemption of the bank’s seven-year N20 billion bond, issued in October 2010. The bond has a tenor of seven years with 13 per cent fixed rate coupon. The tenor of the bond ordinarily ends in 2017.

The bank’s directors said they would be exercising their rights to redeem the bond earlier than its full redemption period.

Under the terms and conditions of the Trust Deed, UBA reserves the rights to early redemption from the fifth year anniversary of the bond, being September 2015.

The board assured that the bank has adequate liquidity to meet the proposed early redemption, noting that the exercise of this call option has relatively no impact on the liquidity and capital of the bank.

A new helmsman, Mr. Kennedy Uzoka, last Monday took over as the substantive group managing director at the UBA. The Tony Elumelu-led board of UBA had in March 2016 announced the appointment of Uzoka, a former group deputy managing director, subject to the approval of the apex bank.

Uzoka has most recently been leading the transformation agenda of the bank, after returning from completing the Advanced Management Programme of Harvard Business School. Uzoka has over two and half decades of experience in commercial banking, strategy and business transformation.

Prior to his sabbatical at Harvard, Uzoka served as Deputy Managing Director, UBA group and was also the CEO of UBA Africa, responsible for the Group’s operations in 18 countries across Africa. The new GMD is a graduate of Mechanical Engineering from University of Benin and holds a Masters Degree in Business Administration from University of Lagos.

The new GMD had already given a glimpse of the underlying vision and strategies of his leadership at the first generation bank.

Uzoka has said the bank under him will remain committed to sustainably delivering superior returns to shareholders in excess of their expectations.

He outlined that the bank’s African subsidiaries are growing stronger and the group has a target to increase Africa’s contribution to the group’s profit to over 25 per cent in 2016 from 24 per cent in 2015.