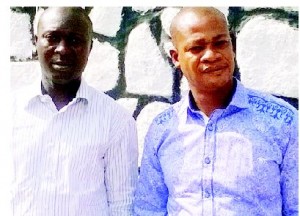 The police alleged that Okpala, 41 and another man at large, presented themselves to the manager as relatives of the deceased with forged documents authorising the bank to release the money.

The deal was allegedly perfected between September and November, last year and the money was withdrawn from the woman’s account.

The police said Okpara also paraded himself as Lawal’s business partner and allegedly connived with Ikechukwu to withdraw N10 million from Lawal’s account in tranches.

Ikechukwu and Okpara were arrested by policemen from the Ikoyi Division, Lagos on Wednesday at the Ebute Meta Magistrates’ Court, where the latter was allegedly facing another fraud trial.

They were arraigned before Magistrate P. A. Adekomaya of an Igbosere Magistrates’ Court yesterday on seven counts bordering on forgery and fraud.

The defendants denied the charge.

Magistrate Adekomaya granted them N3 million bail with two sureties each in the like sum and adjourned till September 6.

On June 13, Ikechukwu was arrested and arraigned by the police at the same court on a four-count charge of fraud, forgery and stealing in charge No F/34/20/2016 following a complaint by the management of Ecobank.