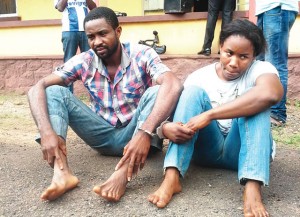 The Nigerian Military on Tuesday in Abuja said that no fewer than 8,000 Boko Haram members had voluntarily surrendered to its “Operation Safe Corridor” in the North East.
The Director of Defence Information, Brigadier General Rabe Abubakar, disclosed this at a lecture organised by the FCT Correspondents’ Chapel of the National Union of Journalists.
The lecture, with the theme: “Media-Military Relationship in the Fight against Insurgency,” was part of the activities marking the 2016 Press Week of the chapel.
Abubakar said the surrendered insurgents were in a camp in Gombe State waiting to be “deradicalised” by the military.
The General also disclosed that more than 10,000 Boko Haram captives had been rescued by the military.
He said some of them were reunited with their families, while others were taken to Internally Displaced Persons camps.
Abubakar said Boko Haram had been successfully decimated by the military and government was working hard on the rehabilitation of the victims and reconstruction of the affected areas.
The General also said the military would soon launch “Operation Safe Corridor: to address the menace of herdsmen across the country.
He assured that the military operation would put an end to the wanton killings by the herdsmen.
Responding to questions on the recent action by the military declaring some journalists wanted, the General urged the media not to allow sentiments to influence their judgment on the issue.
He said the military should be allowed to do its work, while assuring that no member of the media would be victimised unnecessarily.
Abubakar said good military-media relationship was crucial to winning the war against insurgency.
He said the media drove public support for the military, which in turn had boosted the morale of officers and the rank and file.
Earlier, the Secretary of NUJ in the FCT, Hajia Rafat Salami, said there was the need for the military and the media to work together in the fight against terrorism and other crimes.
Salami said the military must see the media as partner in progress and not as enemy.
The Chairman of the Correspondents Chapel, Raphael Ekpang, thanked Abubakar for finding time out of his tight schedule to share his thoughts on the topic.
000 Boko Haram members voluntarily surrender – Military 8 2016-08-17
Younews Ng
Share

Previous UBA GMD,Uzoka Reveals Outcome of the 328th Bankers’ Committee meeting.
Next IBB Says;Legislators Should Work And Be Paid On Part-Time Basis