IBB Says;Legislators Should Work And Be Paid On Part-Time Basis 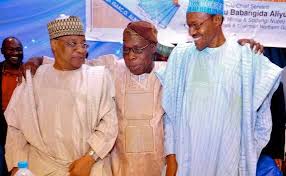 Former Military President, General Ibrahim Badamasi Babaginda has suggested that the membership of the National Assembly should be on part time basis to cut the cost of governance.
He spoke  during an interactive session with newsmen to mark his 75th birthday yesterday in Minna. The former military president said, if he had  opportunity to change the cause of events again in Nigeria as a president, he would ensure that the National Assembly membership would not be  what it is now.

He said his regime proposed in 1989 that salaries and allowances of members of the National Assembly were weighing heavily on the Nigerian State and should be on part time basis and “I still believe in that very strongly all in an effort to cut the cost of governance.”

The former military leader also said he was probably the most misconstrued Nigerian leader ever. “I think I am not the evil that quite a lot of people think I am.  I have had a very excellent background and by training… and I can understand that by virtue of the   job I was doing,  I was  bound to be  misconstrued and people will take that as one’s true character but I considered it as an opinion as long as I am not what you thought I was,   I feel satisfied.
“I joke sometimes about this, when you said I stole N12.8billion, in those days I used to say if I had N12.8 billion, I had no business staying in this country and I would have left for abroad.  But that was one of those things one has to live with,” he said.

Tags IBB Says;Legislators Should Work And Be Paid On Part-Time Basis slideshow