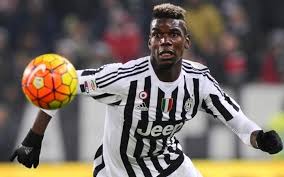 Paul Pogba’s record transfer from Juventus (Italy) to Manchester United (London) at a fee of £90m (N36.7bn) in August 2016 made him the world’s most expensive player.

By this, he beats the world football transfer record once held by Portuguese national, Cristiano Ronaldo, who joined Real Madrid from Manchester United at a fee of £80m in June 2009.

Interestingly, Pogba, 23-year-old French national, was once a player at Manchester United, but left in 2012 when the club said they would not offer him a weekly wage of £65,000 (N27m) that he demanded.

There the player developed himself into one of the best players in the world and became a hot cake on the football pitch.

Four years later, the same club that rejected him recalled him and has now placed him on a weekly wage of £290,000 (N120m), making him the highest-paid player in the English Premier League, ahead of teammates, Wayne Rooney and Zlatan Ibrahimovic, who are the next best paid.

If Pogba stays the entirety of his six-year deal at Manchester United, he will collect £90m in wages.

To put this in context, it would take British Prime Minister, Theresa May, about 629 years to earn the same amount.

Meanwhile, before leaving Manchester United in 2012, Pogba made just seven senior appearances in all competitions for the club, all from the bench. But the club’s new manager, Jose Mourinho, was determined to bring him back, saying Pogba’s signing was key to his plans to revitalise Manchester United and make him join the list of the club’s great players of all time.

Born on March 15, 1993, Pogba is a French professional footballer who operates primarily as a central midfielder and is comfortable playing both in attack and defence.

After beginning his career with Manchester United in 2011, he joined Italian side Juventus in 2012, and helped the club to four consecutive Serie A titles, as well as two Coppa Italia and two Supercoppa Italiana titles.

Internationally, at under-20 level, he captained his nation to victory at the 2013 FIFA U-20 World Cup and took home the Best Player award for his performances during the tournament. He made his debut for the senior French national team on March 22, 2013 in a 3–1 win against Georgia, and scored his first World Cup goal on June 30, 2014 against Nigeria.

He was awarded the Best Young Player Award for his performances at the 2014 FIFA World Cup, after reaching the quarter-final. He later represented his country at the UEFA Euro 2016 on home soil, where he helped his team reach the final.

Pogba was born in Lagny-sur-Marne, Seine-et-Marne, to Guinean parents. He has two elder twin brothers who are also footballers. Florentin, the eldest, currently plays for French club Saint-Étienne, while Mathias plays for Scottish Premiership side Partick Thistle and the Guinean national team.

Pogba began his football career at the age of six playing for US Roissy-en-Brie, a few miles south of his hometown. He spent seven seasons at the club before joining US Torcy, where he served as captain of the club’s under-13 team.

After one season with Torcy, he joined professional club Le Havre. In his second season at the club, he captained its under-16 team to the final phase of its domestic league, the Championnat National des 16 ans. Le Havre finished second to Lens in the final group phase, finishing ahead of the likes of Lyon and Nancy.

Pogba also established himself as a youth international for his country. His performances domestically and internationally led to interest from English club Arsenal as well as Italian club Juventus.

Primarily a central midfielder, Pogba has been described by his new club, Manchester United, as a “powerful, skilful, and creative” player who has “an eye for goal and a penchant for the spectacular.”

In Italy, he gained the nicknames — Il Polpo Paul (“Paul the Octopus”) — for his long legs that look like tentacles during tackling or running and “Pogboom” for his explosive playing style and energy on the pitch.

A large, quick, hard-working and physically strong player, he excels in the air, and is also known for his stamina, as well as his powerful and accurate striking ability from distance; he has also drawn praise for his finesse, technique, flair, and dribbling skills.

His characteristics and playing role in midfield have led him to be compared with former France international Patrick Vieira. During his final season with Juventus, Pogba was deployed in a more creative midfield role rather than in his usual box-to-box role, which saw him gain more time on the ball, and he excelled as the team’s main playmaker, due to his vision, and passing range.

His performances in this role saw him develop from a promising youngster into one of the best and most complete midfielders in the world.

Upon his departure from Juventus, his former teammate Gianluigi Buffon compared him to French former playmakers Michel Platini and Zinedine Zidane, and also praised his ability, work-rate and attitude, both on the pitch and in training, stating that “he is a tremendous warrior on the pitch, but also has so much talent. His control of the ball and the way he can swiftly change the play from defence to attack is special.”

Pogba is reportedly worth $40m (N13bn) and with a weekly wage of N120m, he could afford to live the kind of lifestyle he wants.

Aside from his home in Barcelona, Spain, the star player has also reportedly got a new home in Manchester.

The £5m (N2bn) home is in a lavish Armstrong Farm estate in Alderley Edge, Cheshire.

A host of top footballers — including Ryan Giggs, Cristiano Ronaldo and Mario Balotelli — also have apartments in the estate.

The grounds feature a full-sized tennis court and a separate one-bedroom cottage.

And with it being only a short drive away from his club’s 75,500-seater Old Trafford stadium and Carrington training ground, Pogba would have plenty of time on his hands to enjoy the luxury home.