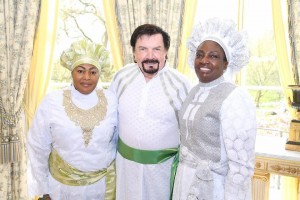 Mike Murdock, a Texas-based pastor who promotes the so-called “prosperity gospel, brags that he loves money more than women ,,who has also thrown his support behind Republican presidential candidate Donald Trump is on his way to Nigeria! .The head pastor at Wisdom Ministry Centre is expected at Grand Ballroom, Oriental Hotel, Victoria Island in Lagos at an event tagged ‘Excel 2016.’on september 11,2016

The event, which is targeted at praising God, performing wonders and inspiring participants to greatness will see ministers of God such as Dr. Mike Murdock, Rev. Mother Abimbola Esther Ajayi, Lady Grivelin Tanzarella, Bishop Ceirion Dewar (all from United Kingdom) and a host of others preaching and performing wonders.
Also expected at the event are artistes like Lanre Teriba a.k.a. Atorise, Lara George, George Audu Sax and other talented musicians who will be performing.
According to the host, Prophet Israel Oladele Ogundipe, the Shepherd-in-charge of Genesis Model Int’l, a parish of Celestial Church of Christ (CCC), the event, which is a yearly event, is designed to further draw people to God and expand people’s frontiers.
He said as many, who will attend the programme, God will enlarge their coast, adding that they would never experience limitation and stagnation.
At the moment, interested participants are booking their seats via www.theexcel.com.ng.
The progromme is scheduled to start by 2pm and end 9pm.