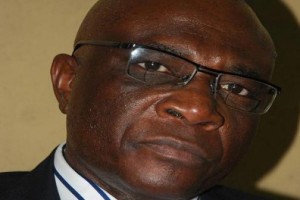 The Managing director of the News Agency of Nigeria, Bayo Onanuga, says Cyber-hyenas, Cyber-vandals, Character assassins have seized Nigeria’s social media. He said this following the backlash he received from a post he shared on his Facebook wall few days ago where he insinuated that the hardship most Nigerians are complaining about might just be mere propaganda. He wrote;
Lynch-mob, cyber-hyenas, cyber-vandals, character assassins: this is the motley crowd that has seized Nigeria’s social media space, either on Facebook or Twitter or Instagram. It is a mob and functions like any other mob, pouncing on targets, remorselessly, twisting your words to achieve a preconceived end.

The rampaging crowd in cyberspace is the opposite of what Mark Zuckerberg and co have in mind in creating communication networks to link friends or people with common interests. Judging by my experience in the last 72 hours, I am no longer surprised why many decent people either closed their accounts on the various platforms or have become inactive.

No sane, decent person can truly condone the vicious band of assassins always on the prowl, looking for preys to desecrate and mutilate, all because the victims’ viewpoint does not tally with their jaundiced position. I am sure that Zuckerberg will be mortified about how Nigerians have fouled his platform and Twitter. They are now nests of uncouth, ill-mannered, hate-filled Nigerians. Fellow Nigerians, we cannot all think one-way.

We cannot all think alike. I have the inalienable right to have a different idea from yours. And that in civilised societies does not call for the unbridled umbrage that my posts have attracted and the unwarranted attacks against my child.