Balotelli scores on Nice debut, says Liverpool move was the ‘worst mistake of my life’ 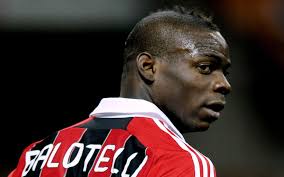 Mario Balotelli took just seven minutes to open his goalscoring account for new club Nice.
The Italian international, who left Liverpool to join Nice in the summer, sent his French side ahead from the penalty spot in the seventh minute of their Ligue 1 contest against Marseille.
The 26-year-old only scored three times in 23 appearances on loan at AC Milan last season and left Liverpool having only managed four times in 24 matches for the Premier League outfit.
Former Newcastle United midfielder Florian Thauvin equalised for Marseille and the two teams are level in the 38th minute of their clash in Nice.

Mario Balotelli claims his ill-fated move to Liverpool was “the worst mistake of my life”, after he scored twice on his Nice debut on Sunday.

It quickly became apparent he did not fit in with Brendan Rodgers’s style of play and soon fell out of favour, before being loaned out to AC Milan last season

He returned to Merseyside this summer but was left out of the club’s pre-season tour of the United States by new boss Jurgen Klopp.

He was also sidelined for other friendlies and completed a free transfer to French club Nice on transfer Deadline Day.

Balotelli scored twice on his debut on Sunday, as Nice beat Marseille 3-2, and speaking about his move to Liverpool, Balotelli said: “It was the worst mistake of my life.