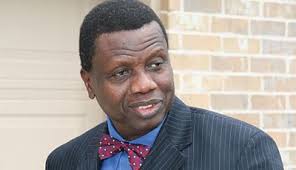 From now on,pastor E.A Adeboye has ceases to be the General Overseer of the RCCG in Nigeria while he remains the church’s spiritual leader worldwide..Governance Code 2016 of theFinancial Reporting Council of Nigeria Act is the force behind the change!

The Financial Regulations Council had stipulated a maximum period of 20 years for the heads of all registered churches, mosques, and civil society organisations.

The FRC established by the Financial Reporting Council of Nigeria Act, No. 6, 2011, under the supervision of the Federal Ministry of Industry, Trade and Investment, is responsible for, among other things, developing and publishing accounting and financial reporting standards to be observed in the preparation of financial statements of public entities in Nigeria; and for related matters.

The plan of succession must not be to the benefit of a family member. By law, churches are called incorporated churches with a board of trustees. It cannot be run by a family. Pastor Adeboye, of his volition, decided to obey the regulation by handing over to a successor…but if not for the law,he will still move on as the G.O

In a statement credited to Leke Adeboye, Adeboye’s last son and personal assistant, he cited the FRC’s law as the reason for the church’s decision, adding, however, that Adeboye remained the General Overseer of RCCG worldwide.

Adeboye is now 74. He became the church’s general overseer in 1981 after taking over from the church’s founder, Pa Josiah Akindayomi.

The (regulation) is not just about Pastor Adeboye. It concerns all the churches registered in Nigeria. Any church leader who has spent 20 years has to hand over to somebody else.”

“Whichever comes first, it is either the religious leader has turned 70 or has spent 20 years or more as the head of the organisation, he has to go. The person will stop being involved in administrative issues of the religious organisation. He will only be a figure head with no real authority.