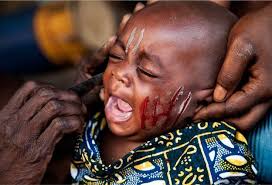 A  Bill for an Act to ban Facial Mutilation, Offences, Prosecution and Punishment of Offenders passed to second reading in the senate on Tuesday, March 21, 2017.

The bill will also be providing protection of victims under threat of facial mutilation and other related matters.

Sen. Dino Melaye (APC-Kogi), who sponsored the bill, said that although Africans of old used tribal marks as a means of proper identification, the need for this seems to have become outdated.

Melaye who led the debate on the bill added that members of the same village, tribe or lineage had the same tribal marks proving their lineage and allowing for easy recognition for both strangers and villagers alike.

He further explained that parents once used tribal marks as proof of legitimacy for their children.

However, the lawmaker said “all these reasons cannot be scientifically proven, and hence cannot enjoy the support for this harmful practice.

“The irony of these marks is that it makes victims subjects of mockery by friends. Imagine someone being called a tiger simply because of the thick cheeks resulting from facial marks.

“These people have been subjected to different reactions. Some have lamented the marks that are bequeathed to them as a generational inheritance.

“Many have cursed the day which this dastardly act was performed on them.

“Many of the grown adults have confessed that the most terrific debacle of their lives is their tribal marks. Some have become eunuchs because of this stigma.

“Imagine a boy in the class of 25 pupils carrying a tribal mark. His mates will call him the boy with the railway line. They are emblems of disfiguration.

“Some of them have developed low self-esteem and most times treated with scorn and ridicule including rejection by the female folks.

“The reactions of people who interact with them say it dampens and lowers their spirit,’’ he said.

Malaye also emphasized the health implication of the practice, adding that it is an infringement on the rights of children.

“People now prefer that their identity cards remain in their pockets not faces anymore.

“Long before the awareness programme on Acquired Immune Deficiency Syndrome (AIDS), many people, mostly children who were subjected to tribal marks had inadvertently been infected with infectious diseases.

“Sharp instruments used by locals were not sterilized leading to the risk of AIDS, including Hepatitis B and C,” Malaye added.

According to him, the bill, when passed into law would help to place a check on the act which is clearly a sign of inhumanity in a country as great as Nigeria.

He urged his colleagues to support the passage of the bill for these reasons.

The Chief Whip, Sen. Olusola Adeyeye contributed to the debate by commending Melaye for coming up with such an important bill.

Adeyeye spoke of the stigmatization many children have endured as a result of the practice, describing it as evil.

He added that if the act was for identification, there was no way parents would not identify their children without tribal marks.

“In the 21st century, there is no need to argue that either because of religion or custom someone would use a sharp object on their children just for identification.

“The Constitution provides that the primary function of government is the protection of lives.

“It is disheartening to note that children who have not been tested to know if they are short of blood are being made to lose blood.

“In the 21st century, not only this chamber but every chamber in Africa should rise up to this occasion to stop the pains being inflicted on our children,” he said.

The Chief Whip also called for a stiff penalty which would act as a deterrent to others, adding “our generation must permanently stop that reproach’’.

“I pray no child will have the kind of mark I have on my hands. This should be banned and we will proscribe severe penalties for both the parents and the so-called surgeons,” he added.

The Minority Leader, Sen. Godswill Akpabio called the bill a welcome development, showing his support for the move.

“In those days, people wanted it because they were from royal homes, but these days it is no longer in vogue.

“The international community will be happy we rose to this occasion, so I support this with all my heart.

“It is a violation of the rights of children. The child has no option and can’t fight back. Outside the infection, pain can generate something else and lead to insanity.

“If we have a law already in existence, we should merge the bill with that of female genital mutilation because they are similar,’’ he said.

the Deputy President of the Senate, Ike Ekweremadu, who presided over plenary, concurred, explaining that the bill was commendable considering what some children from some parts of the country are being subjected to.

“I am aware that under our constitution, especially Section 34 (1) forbids torture in humans and degrading treatment.

“This is no doubt inhuman, and it is our responsibility as lawmakers to add flesh to the bones of our constitution.

“On a day like this, I am proud of the senate and I believe that when it goes through the second reading it will go to the committee and return as quickly as possible.

“This is so that we pass it and ensure that it is implemented as quickly as possible to save our children from this inhuman degrading treatment,’’ he said.

The bill was referred to the Senate Committee on Judiciary, Human Rights, and Legal Matters before returning to the senate in four weeks. 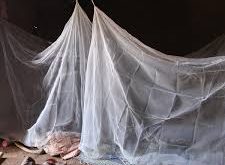