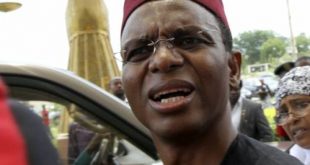 Three hundred Nigerian doctors left the country in 2016, the National President, Nigerian Medical Association, Prof. Mike Ogirima, has revealed.
Ogirima said more doctors have already joined the migration train this year.
He did not give any statistics, although the News Agency of Nigeria said it learnt that 500 doctors sat for qualifying foreign medical exams to move out.
Ogirima made this revelation at the association’s National Executive Council meeting held on Thursday in Lagos.
The meeting had as its theme: “Exodus of Healthcare Professionals, Time to Act is Now.”
According to some reports, an estimated 35,000 Nigerian doctors are practising abroad, out of the 72,000 registered with the Medical and Dental Council of Nigeria.
The United Kingdom and the United States are the top destinations of the migrant doctors.
In August, an official of the National Association of Resident Doctors, Dr. Abimbola Olajide, revealed that no fewer than 2,500 doctors would leave the country this year.
Ogirima said: “Nigeria is using her resources to train doctors and professionals at the advantage of foreign countries.
“What are those things attracting these professionals outside?
“Can we duplicate those things here?”
The NMA president said the responsibility to check the migration lies with the government, the people and professionals to provide good working environment.
Ogirima said: “The government should provide adequate remuneration.
“We are not saying we should pay so much, but pay them for the job they are doing as at when due.
“We, on our part as professionals should look inward to change our attitude to patients.
“We should make patients as the centre focus of why we are called doctors.”
Ogirima said the National Health Act of 2014 has not been fully implemented despite warnings of legal action and its implications from the NMA.
According to him, the act holds the key to revolutionising the health industry.
He said: “It will encourage provision of additional fund to the system and ensure care of the vulnerable in the society.
“The present provision of only three to four per cent of our annual budget to health sector is not helping the development of our system.
“Some African countries who have voted up to 15 per cent or more to their health systems are witnessing gradual improvement in their health sector.
“Nigerians are now patronising health facilities in our neighbouring countries.”
Also, the Commissioner for Housing, Lagos State, Prince Gbolahan Lawal, urged NMA to create sustainable policies that would make major economic impact on Nigerians.
Lawal said: “If we consider informal housing, that is houses that do not have the approval of government and located in slum areas, and the consequences, it has a lot to do with health.
“The government already has building code that does not allow for houses not good for human habitat.”