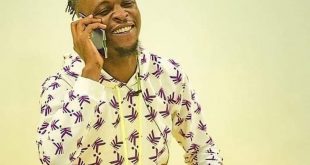 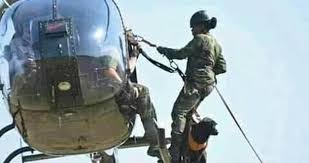 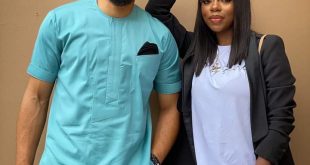 Minister of Finance Kemi Adeosun has said she is writing to President Muhammadu Buhari today to sack the suspended Director General of the Securities and Exchange Commission (SEC), Mounir Gwarzo.

She said an administrative panel of investigation has found him guilty of conflicts of interests and breach of the public service rules.

However, Gwarzo said the allegations upon which he was investigated were false and, therefore, demanded a fair and just treatment.

Both spoke when they appeared before the House of Representatives Committee on Capital Market and Institutions yesterday in Abuja.

The ministersaid the  panel had concluded its assignment and submitted its report to her.

“I shall be making my recommendations to the president today (yesterday),” she said.

Based on the provision of the Investment and Securities Act, the president can sack the commission’s DG based on the recommendation of the minister and approval of the Senate.

Gwarzo was suspended by the minister in November last year, citing petitions of corrupt practices and breaches of the public service rules.

Suspended alongside the DG were two members of staff of the commission, Anastasia Braimo and Naif Abdulsalam.

There have been disagreements between the minister and Gwarzo, who accused Adeosun of interfering in his commission’s functions by directing him to stop a planned forensic audit of Oando Nigeria Plc, following allegations of malfeasance against the oil company.

At  an investigative hearing of the panel, chaired by Tajudeen Yusuf in Abuja, the duo traded blame over the matter, with Gwarzo alleging that the minister had ordered him to resign or get suspended over the issue, an allegation the minister denied.

Adeosun said: “The suspension of Mounir Gwarzo is a standalone issue. There were allegations raised against him, but we didn’t receive any petition until sometime in October last year.

“He was queried and he responded. He claimed that he resigned from one of the companies, but the evidence we got from CAC showed that he is still a director of the company and a shareholder. We went to bank records and saw that he still remained a signatory. In fact, he made a recent request for debit card in one of the accounts.

“On that basis, we met and took a decision. At the same time, we received information from the staff of SEC that documents were removed from SEC, that’s why we took that decision. We thought with Gwarzo as DG, there will be issues  if he wasn’t suspended.

“We have investigated the issue of severance package, even though he didn’t refer to us in the first place. We went to CBN and discovered that there’s no such practice. The over ruling of the SEC’s acting director of legal at the time he collected over N100m was wrong.”

“As we speak, Mr Mounir is a director in two companies, and he knows that. Of more concern is the second company, Outbound. It has transacted with SEC in the supply of diesel with Gwarzo as head. This is a company that he’s still a director.

I should be treated fairly – Gwarzo

In his defence, Gwarzo said after Adeosun directed him to stop the Oando’s probe and he refused, she said to him that he has allegations against him, which were similar to that of former SGF, Babachir David Lawal.

He said since the coming on board of the minister, the commission investigated five companies and that Adeosun interfered in two, which were Oando and one other.

“On Medusa Investment Limited, I tendered my resignation letter when I heard the announcement of my appointment. Medusa has never done any business with SEC. The company is not a capital market operator.

“The other company, Outbound, is owned by my brother-in-law. There’s no document that assigned for that company. They did a business with SEC at that time. The promoters of the company are Nigerians and they fulfilled every requirement.

“I believe I should be treated fairly. Investigation of Oando should be carried out. If that isn’t done, it will rubbish SEC,” he said.

He said some of the commission’s staff were invited by the ICPC and EFCC on the issue of severance package and that they explained everything to the two anti-graft bodies.

In a presentation, the counsel to the suspended DG, James Igwe (SAN) said the setting up of administrative panel by the minister against Gwarzo was inconsistent with the constitution and the enabling law that set up the commission.

Besides, he said, Gwarzo’s suspension and other steps taken by the minister against him have no basis in law.

He said the law establishing SEC provides that Gwarzo “can only be removed by the president of Nigeria on the recommendation of the minister and with the approval of the Senate. There’s nothing in the law that says the Hon Minister can suspend the DG for even a day.”

He said even the Public Service Rules relied upon by the minister in her suspension letter to Gwarzo do not exist, saying the commission as a parastatal has powers to make its laws, which it has done. 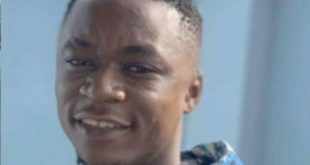