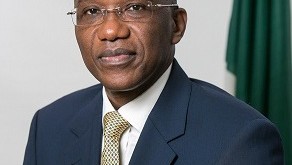 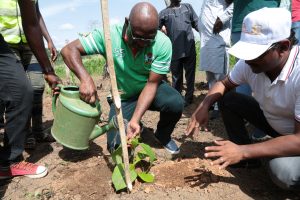 Barely two years Heritage Bank and the Central Bank of Nigeria (CBN) disbursed a loan for building a N2illion processing facility for Triton fish/chicken in Oyo state, the firm has commenced export of all kinds of frozen foods to some parts of Europe and African countries.
The loan that was given under the Commercial Agricultural Credit Scheme (CACS) in 2017 has fast track the production of Triton’s fish/chicken in Oyo and sold as BIG SAMS in Poland, Romania, Egypt, Liberia and Ivory Coast to mention few.
The move by Heritage Bank was part of efforts to support the real sector, boost foreign exchange, unlock food and wealth creating potentials in the nation’s agricultural space.
TAAL, also known as Triton Farm, accessed the CACS through Heritage Bank to set up aquaculture businesses- nursery/hatchery for the production of fingerlings and brood stock in Ikeja; and earthen ponds for catfish and tilapia in Asejire, Iwo and Gambari towns in Oyo State.
The company said its strategy is to embrace backward integration through production of fish locally and reduce its importation of frozen fish, as well as assist small scale farms by producing quality breed fingerlings.
Meanwhile, during a tour at the farm in 2017, Minister of State for Agriculture, Senator Heineken Lokpobiri, commended the company, stating that the CBN and Heritage Banks’ financial support to the company’s achievement was very fundamental as investment in food security was probably the most profitable venture anyone could think of.
He however, said that Nigeria has a deficit of over two million metric tonnes of poultry produce, and over three million metric tonnes deficit in fish farming products, adding that the agro-production deficits show huge investment potential in the sector.
He stressed that banks should now finance more agricultural projects than trading, oil and gas, as the future is highly dependent on agriculture.
The MD/CEO of Heritage Bank, Ifie Sekibo stated that that partnership between the bank and Triton Farm local production will conserve scarce foreign exchange and enhance food security.
“Nigeria’s current demand capacity for fish is estimated at 2.7million metric tons and the country currently produces 800,000 metric tonnes. Triton is now producing 25,000 metric tons and with them on board, about 25,000 metric tonnes capacity will be added to our current production, the company’s projection is to reach 100,000 metric tons in five years,” he said.
Sekibo, who was represented by the Group Head, Agriculture Finance unit off the Bank, Olugbenga Awe, stressed that Heritage Bank’s support for small-scale enterprises is well known and most of these SMEs play in the agriculture sector.
According to him, the bank sees agriculture as one of its heritage that can empower individuals and communities in terms of creating wealth from the soil and through the entire value –chain using value addition and industrialisation.
“We are also focused on small holder farmers as we currently support thousands of farmers in Kaduna and Zamfara states in rice and soybeans production under the Anchor Borrowers Programme.
“We are also targeting the youth that are interested in agriculture through our partnership with CBN on Youth Innovative Entrepreneurship Development Programme,” he assured.
The Chairman, Triton Group, Ashvin Samtani, said the farm was fully integrated in aquaculture, poultry and crop production and is a platform to create employment for teeming youth.
“Triton Farm is designed to train youth in agriculture and create employment, as well as generate wealth. This is the only farm in the whole region that is fully integrated in aquaculture, poultry and crop production,” he stated. 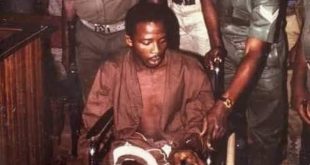