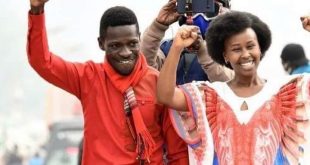 Despite concerns raised by motorists and other road users, the Federal Government has said there is no going back on the four-month planned partial closure of sections of the Lagos-Ibadan Expressway for reconstruction.

Alternative routes for the period are  JLagos-Ota-Itori-Abeokuta and Ikorodu-Sagamu roads during the period.

The planned partial closure starting from August 3 would not be postponed even with the next month’s Sallah holiday trips and other religious activities that would increase traffic on the road.

The aim is to complete that portion of the road before Christmas when the traffic is expected to be heavier.

Reliable source said “What we are doing is to finish the project before Christmas when more people will be travelling. We are not closing the road totally; we are providing routes where people will follow and once everyone is patient, everything will go well,” he said.

The Federal Road Safety Corps had last week notified the public that Julius Berger Nigeria Plc, the construction company handling rehabilitation work on Section 1 of the Lagos-Ibadan Expressway, had given notification of its plan to commence intensive work on the Berger-Kara end of the road on August 3, and would close some sections for four months.