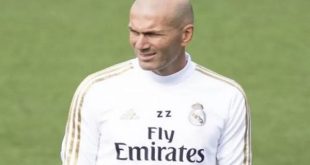 EFCC has traced some of the allegedly looted N2 billion for Small and Medium Enterprise Development (SMED) in Kwara State to the account of a former First Lady in the state.

The First Lady,Omolewa Abdulfatai in could be called admittance of guilt, YOUNEWS learnt has so far refunded N3 million, but,has refused to report to the anti-graft agency for interrogation.

She told EFCC that she was indisposed but silent on the nature of her illness. She also has not presented any medical report.

The commission might stop her from traveling abroad under any guise.

Also, a royal father, who was given N78 million out of the N2 billion, might be arrested for refusing to refund the slush funds.

It was learnt that one of the market women used a share of her illicit allocation to organise the disruption of Tradermoni outing in Ilorin by Vice President Yemi Osinbajo.

The ex-First Lady had illegally collected cash from the N2 billion which she diverted to her foundation.

But detectives discovered that instead of using the cash for SMED, she converted it to promote herself.

The objective of the foundation is to “initiate and implement strategies to deal with Cultural, Socio-economic, Health and Wellbeing issues militating against the development of Children, Youth and Women.”

A reliable source, who spoke in confidence, said: “Our detectives are on the trace of the ex-First Lady. We accorded her much respect but she has been avoiding interrogation.

“Without honouring our invitation, she later sent the director of her foundation to refund N3 million to EFCC. But we need her to come for interaction on the looted funds traced to her. She is claiming to be sick but no evidence of any medical report.

“If she does not appear before EFCC detectives, we are going to watch-list her and prevent her from traveling abroad.”

Responding to a question, the source added: “Some of the suspects already quizzed have implicated the ex-First Lady. There is also evidence of allocation of funds from the N2 billion for SMED to her account.

“Selected and influential market men and women across the 16 local government areas of the state received N5 million each as loans, but did not payback.

“One of the market women used a share of her illicit allocation to organise the disruption ofTradermoni outing by Vice President Yemi Osinbajo.

“About 50 percent of the controversial loans were shared by highly placed individuals and selected businessmen and women at the expense of other beneficiaries.”

As at press time, there were indications that a First Class royal father, who collected N78 million out of the SME bazaar, might be arrested for refusing to refund the cash.

The source said: “There were no justifiable reasons for the allocation of the N78 million to the ruler. The money was also not used for farming which he got it for.

“The traditional ruler has been running around for soft landing. But the issue at stake is about public funds. We may arrest him any moment from now.”

The EFCC has so far arrested the Director-General, Kwara State Bureau of SMED, Segun Soewu, over alleged N2billion fraud.

The EFCC began the probe of the N2 billion following intelligence reports alleging fraudulent misappropriation and mismanagement of the cash to assist market men and women across the 16 Local Government Areas of the state.

All the MFBs failed to follow due process and the SME cash was also distributed to highly-placed politicians, and prominent people in the 16 local government areas in the state.

Previous El-Zakzaky rejects FG’s jet, takes Emirates to India
Next Awujale gets praises for talking about life after death