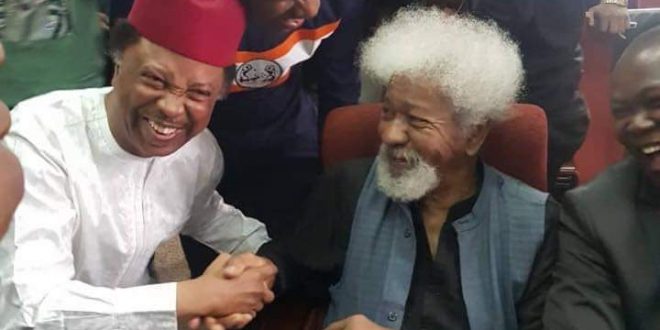 Case was adjourned yesterday till today as Attorney General was fine the sum of N200,000 for wasting the time of the court.

Now that they’ve amended the charge against them, I will like to reveal a fact that we’ve not previously disclosed about this case.

Despite this important information from the NFIU, the Attorney General of the Federation shamelessly charged Sowore for money laundering for purportedly concealing “the illicit source” of the very funds whose alleged illicit source was discredited by the NFIU.

The Buhari regime gave the public the dubious impression that Sowore was involved in some sort of financial impropriety. It was all a lie.

Meanwhile, their case regarding the so-called illicit transaction was that Sowore transferred money from his personal account to his company’s foreign account in New York – Sahara Reporters Inc.

Which sane prosecutor will charge someone for transferring funds through a financial institution from his personal account to his corporate account? It does not make sense.

It is like accusing me of crime for transferring funds from my personal account to my Law Firm’s account. There is no record of any criminal intent against Sowore whatsoever.

The regime also made noise about Sowore’s interview on Arise TV which they alleged amounted to cyberstalking Buhari. They’ve also abandoned that fake charge.

The question is: what is the compensation that the government will pay to Sowore for defaming his character and subjecting him to illegal arrest and detention?

Bear in mind that the SSS originally arrested Sowore and secured a 45 days detention Order from the Court based on alleged acts of terrorism. There is no charge of terrorism pending against Sowore. The charge of treasonable felony was only an afterthought.

I hope those who defended the recklessness and impunity of this regime will be humble enough to apologise.

Nigerians should tell this regime to end this show of shame and stop dissipating tax payers’ funds on a fictional case that they created in their desperation to stop aggrieved citizens from protesting against their corruption, incompetence and wickedness.