Home » Trending » Business » Learning from History..How not to ease Lockdown 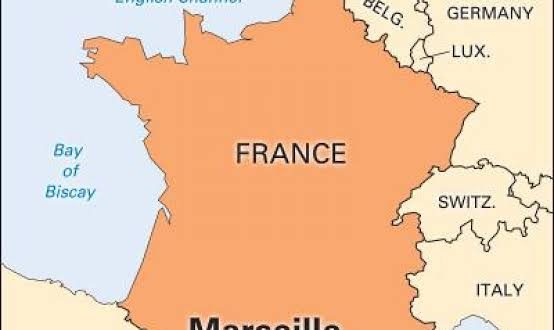 Learning from History..How not to ease Lockdown

In 1720, a ship was quarantined at the port in Marseille because a strange infection was killing people on the ship.

Deputy Mayor of Marseille lifted the quarantine to “help economy”.

100,000 people died.
More than half of Marseille died.
This was the Great Plague of Marseille.

(Known to the ancient Greeks and Romans as Massalia, Marseille was the most important trading centre in the region and the main commercialport of the French Republic. Marseilleis now France’s largest city on the Mediterranean coast and the largest port for commerce, freight and cruise ships.)

The govt of Marseille felt they could not afford to lose all the valuable goods on the ship as it will destroy the economy.

As they lifted the quarantine and moved the goods into the city of Marseille, they moved in the infection.

More than half of Marseille citizens died.

By the end of the Great Plague of Marseille, the city of Marseille had 50,000 dead people (out of a total 90,000 population back then).

The ship left Sidon in Lebanon, picked up people at Tripoli, and Cyprus which already had infection outbreak.

A Turkish man on the ship got infected first and died, then several sailors died. The ship’s surgeon also died.

As the ship got to Marseille,
Doctors quarantined it.

Now because Marseille had a very huge trading arrangement with “Levant” (a term for countries like Iraq, Syria, Lebanon, Cyprus, Turkey, Israel, Jordan, and Palestine); the govt was convinced by businessmen that the quarantine on the ship has to be removed and the goods released.

Some powerful businessmen led by the deputy mayor of Marseille (who was also the owner of the ship) convinced his friends in government to release the quarantine. Some merchants needed the cotton and silk cargo on the ship to do business for the upcoming festival in Beaucaire.

It was only a matter of days later.
The infection broke out in the whole of Marseille.

People started dropping dead.
They died so much there was no longer graves to bury them.

Dead bodies littered the streets of Marseille. Till date, the people of Marseille remember this story.

Apparently what happened was:
The govt tried to be clever.

They told themselves “we will only move the silk and cotton on the ship into the city but not the infected people on the ship”.

Lol. In moving the goods, they unknowingly moved infected rats which then infected people.

As people got infected, they infected one another. At a point, the govt of France built a wall to stop Marseille from infecting the rest of the country.

But it was late.

The Great Plague of Marseille lasted about 3 years. Those were horrible years in Marseille and in France.

Hospitals got overwhelmed.
Residents fleeing their homes.
Dead bodies lying and decaying on the streets.

As the infection then spread,
Nobody cared anymore about “economy”.

I hope you learnt something.

The Great Plague of Marseille is a huge warning to governments never to prioritise the “economy” ahead of human lives and public health. It can be a very costly mistake.

We can always rebuild the economy.
But we can never revive the dead.

Tags Learning from History..How not to ease Lockdown slideshow