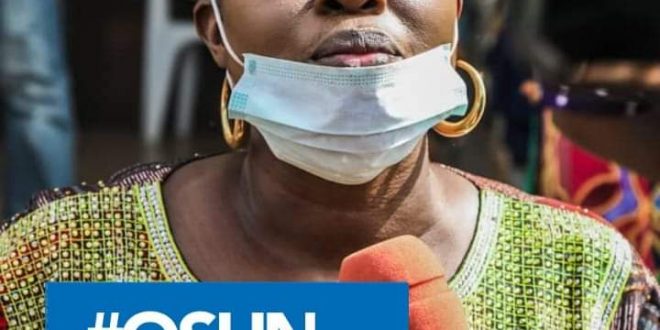 The State government of Osun has said that the planned deportation of some illegal miners from Zamfara, who sneaked into the State, was a precautionary measure to contain community transmission of the dreadful Coronavirus ravaging the Country and the world at large.

The government further clarified that it was following Presidential directive that banned all interstate travels and movement, stressing that the state’s boundaries are currently shut.

This was disclosed in a statement signed by the State Commissioner for Information and Civic Orientation, Mrs. Funke Egbemode on Thursday in Osogbo.

Mrs. Egbemode who disclosed that the Osun government was taken aback by the misinterpretation of its statement in which it sounded an alarm about the activities of illegal miners in the State and those breaching its orders, said the government recognises the right of every Nigerian to live anywhere within the country but will however act within legal and moral boundaries by returning the illegal miners to their last known addresses.

She noted that the State Government “believes in the unity of the nation but will not hesitate to take actions against those who breach its boundaries and try to jeopardise the health of its people.”

She also disclosed that “the State of Osun has shown highest regards to the respective State Governments of the concerned people by attempting to return them to their places rather than prosecuting them under the State’s Emergency Regulation.

“Every State in the country is upscaling its security measures in the fight against COVID-19 pandemic, and other vices. Zamfara State Government, a few days back, arrested some suspected illegal miners in the State,” she said.

Mrs. Egbemode added that “If ‘alleged’ illegal miners are abhorred in Zamfara, why then should the State of Osun be crucified for being safety conscious?”

Furthermore, the Commissioner noted that the government being responsible and responsive places premium on the health and safety of its people, and will continue to do everything within its power to protect its citizenry.