Home » Entertainment » Celebrity » Another Emir is dead, hours after burial of Rano emir ! 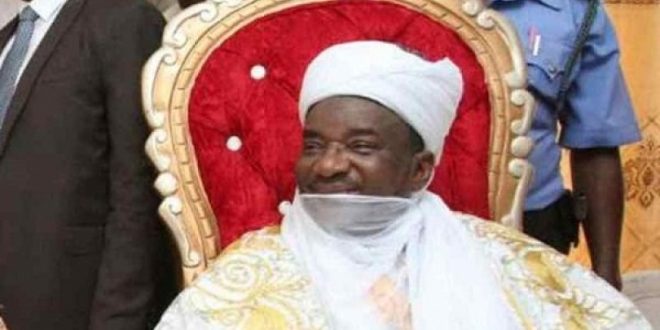 Another Emir is dead, hours after burial of Rano emir !

Less than 24 hours after the death of the Emir of Rano, Dr Tafida Abubakar Ila ll, one of the four emirs recently appointed by Governor Abdullahi Umar Ganduje for the new emirates, another monarch, the Emir of Kaura Namoda, Ahmad Muhammad Asha also known as Sarkin Kiyawan Kaura Namoda has died in the early hours of Sunday at the age of 71.

“He spent like four days in his palace responding to treatment when the illnesses struck again. Later he was taken to Yariman Bakura Specialists Hospital where he died after three days of admission.”

“He worked as Director of Finance and Treasurer in many local government areas of the state including Kaura Namoda, Gusau and Maru before he was appointed as Emir in 2004.”

“He is survived by three wives and 11 children among his children is Sanusi Muhammad Asha of the Nigerian Army currently serving in Maiduguri, Borno state.”

“Preparation for his funeral rite are underway and he will be buried in his home town of Kaura Namoda according to Islamic rite,” Abdulkarim said.

The 74 years old Tafida died yesterday at the Nassarwa Specialist Hospital, Kano at about 4:45pm after a brief illness.