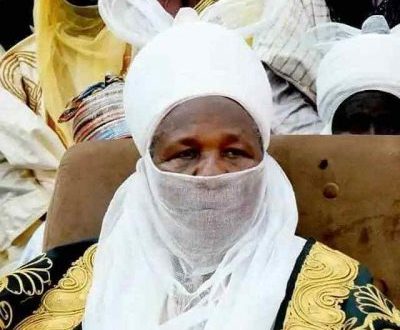 Tongues are wagging on what could have caused the death of this emir ?..Though details not disclosed, we learnt his blood sample was taken for Covid 19 test.The result is expected on monday.

He died on Saturday  at Nassarawa Specialist Hospital at about 4:45pm after a brief illness.

His Rano emirate is one of four new emirates created in Kano in the wake of the balkanisation of the Kano emirate.

Confirming the death Turakin Rano, Kabiru Alhassan Rurum, said the late emir was admitted at the hospital on Friday.

The late emir was on Friday admitted at Mallam Aminu Kano Teaching Hospital over an undisclosed ailment.

He was later referred to the Nassarawa Specialist Hospital for further medical attention, where he died on Saturday.

The emir was buried on Saturday, according to Islamic injunctions

Kano has in the last one week reported a number of unexplained deaths mostly of elderly citizens that have included top academics and retired public officers.