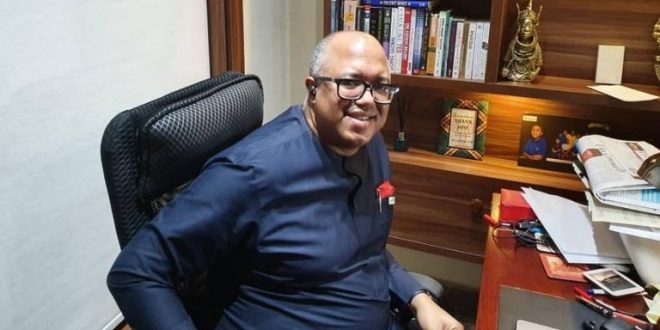 Chikwe Ihekweazu, the director-general of Nigeria Centre for Disease Control (NCDC), says Nigeria and the rest of the world would not return to normalcy until next year — at the very least.

Adding that the short term pains are sacrifices Nigerians must make for a safer long term.

Now, he is under severe and bitter criticism for saying so .,”This director general of NCDC is not professional in his utterances. He doesn’t speak encouraging words. He is mean in most of his talks. His prayers is for this pandemic to last longer then expected cos he is happy about it.
Even if d situation of things will not be encouraging, y can’t u give hope? Don’t u know dat most of ur negativity abt this pandemic is enough to cause depression on vast majority of people in this country? Stop speaking ill pls

Another said “He went to IMO state & told the governor that he is worried that IMO was yet to record covid 19, hope he is happy now that IMO has joined the covid 19 state, congratulations to him

Yet another “This man has never passed any message of hope across to the masses since the outbreak of this pandemic. He is full of negative words.”

However a commenter in his defence said “He telling you the hard truth and you’re saying he never says something good about Nigeria. You want him to tell you something that is pleasant to hear but there is nothing on ground to substantiate that. Brace for hard “

Previous Foremost immigration Lawyer in U.K dies of Covid -19
Next Another Emir is dead, hours after burial of Rano emir !