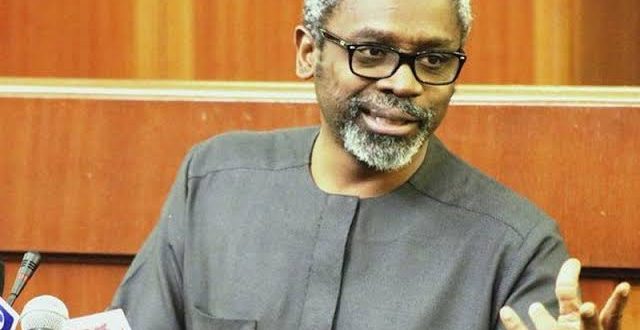 The Speaker, Femi Gbajabiamila, tackled the NCDC boss, Chikwe Ihekweazu, asking him to explain his criticism of the controversial Quarantine Act (Repeal and Enactment) Bill 2020, popularly referred to as ‘NCDC Bill.’

The speaker, who urged the lawmakers to allow him to pose the first “burning questions” to the NCDC boss.

He said, “You also purportedly said that no one consulted you. I will like a clarification on those two statements.”

Gbajabiamila made reference to the points made by Mustapha in his earlier speech that the parliament was needed to review the Quarantine Act and create legal frameworks for disease control and management.

Responding, Ihekweazu admitted that he said he was not consulted on the bill, adding that he was looking forward to a new infectious disease bill

“I think that I speak for the PTF, my honourable minister and every member of our team – that we look forward to a new infectious disease bill, in fact a new public health bill that brings together the functions of all the agencies.”

Not satisfied with the response, Gbajabiamila asked if the amendments should be done after the pandemic. The NCDC boss said, “It is not a question that I can answer right now.”

The Minister of Health, Ehanire, while responding to a question on clinical trial of drugs and vaccines, said the government had already begun application of drugs in the treatment of patients in Lagos and Abuja.

He said, “Yes, we are participating in clinical trials and these trials involve pharmaceuticals. In Lagos and Abuja, we are using things, which the WHO set up, a system called solidaity, to study the efficacy of certain drugs in treating COVID-19. Among them are hydroxychloroquine and azithromycin, which were said to have been successful in some countries, though we didn’t see the impact. Chloroquine and artemether, I’m sure, will be among them.

“We are not doing vaccine tests. We are not enrolled in any vaccine trials because the processes have not been developed enough for them to be safe. Once they are developed well enough, we may consider taking part.”

The health minister also noted that some of the patients kept in isolation centres did not require medications.

Ehanire also said the government had not ruled out the possibility of using local herbs to fight the disease. He, however, stated that the Nigeria Institute for Pharmaceutical Research and Development must first certify the efficacy of such local drugs.

He said while government was not ruling out the possibility of using local herbs for the disease, those who claim to have found cures should subject their drugs to test by the NIPRD.

Ehanire, while responding to a question on whether Kano now had enough testing centres, said, “For now, three of them, yes. The testing capacity is probably less than 50 per cent but as the need arises, it will increase everywhere else in Nigeria because we are getting more access to testing kits and machines.”

He disclosed that the government has already used an anti-retroviral drug (Remdesivir) recommended by the United States Government for the fight against the pandemic, but was silent on the outcome of such trial in Lagos.

He said most of the infection in some states of the north was a result of people travelling to such states from Kano.

The Minister of Foreign Affairs, Onyeama said about 4,000 Nigerians had indicated interest in returning home from different parts of the world. He, however, said the government lacked the capacity to isolate them for the required period of 14 days.

While saying the government could only isolate 400 of them at a time, the minister said the first batch of returnees from the United Arab Emirate would arrive in the country on Wednesday (today).

He disclosed that the returnees had been asked to pay for their ticket back home and also take care of their upkeep while in isolation.

Previous First Boeing 747 pilot in Nigeria, Kuti, dies at 78
Next Emir Of Daura rushed to Intensive care Over COVID-19