Home » Entertainment » Man hits his new born baby on the floor because it’s not a boy ! 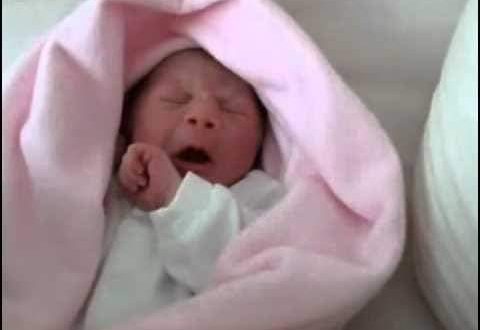 Man hits his new born baby on the floor because it’s not a boy !

The wife of a 49-year old man was delivered of a new born baby, the issue of gender in families played out in Imo State after he found out the 5th child was female .

Out of rage, he smashed the new born on the floor and the baby died instantly.

Ezekiel Anorue, has been arrested by the Imo State Police Command for killing a new born child and is now facing charge for murder which attracts life imprisonment if he is tried and found guilty before the Court.

Police source said that the dastardly act was exposed after the wife raised alarm when the child stopped breathing immediately the father hit her on the floor.

It was gathered that the suspect, Anorue, was angry that his wife had lied to him that the new baby will be a male child, which was what he had longed for in the family.

The wife, who spoke in tears, disclosed that she had to lie to her husband that she will be delivered of a male child because she was threatened so badly after her 3rd and 4th female children.

She said, “I had to lie to him so I could have peace of mind”.

The suspect, Anorue, confessed to the crime: “I really don’t know what came over me; I was so angry that I threw the baby on the floor.

What my wife told me was different from the result of the scan she claimed revealed we would have a baby boy.

I had to give her money to do the test at two different laboratories but she always came home with a result showing we would have a boy.

I had already renovated our house, bought lot of things but when I got home it was a baby girl”.

“We already had four girls and I was so happy when she told me we will have a male child but it turned to be female.

Tags Man hits his new born baby on the floor because it’s not a boy ! slideshow

Previous  256 Nigerians arrive in Lagos from Dubai
Next Oyedepo opposes Lockdown , asks.. Churches can’t open for 2 hrs, yet markets are allowed for 6 hrs ?