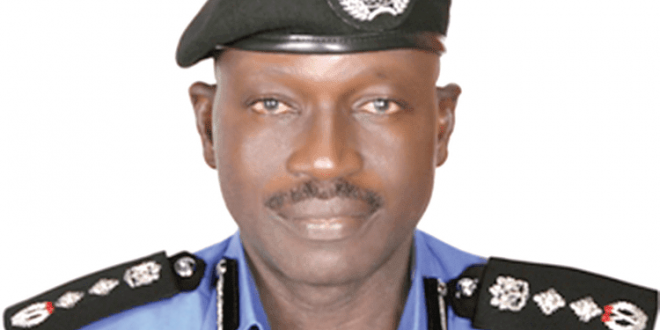 Peharps unknown to many, the newly appointed retired IGP to Chair NPTF , Mr. Abba was fired from his position as IGP on 21 April 2015 seven weeks after Jonathan lost the presidential election to Buhari.

Now, President Muhammadu Buhari has approved the appointment of this retired Inspector-General of Police, Suleiman Abba, as Chairman, Board of Trustees of the Nigeria Police Trust Fund.

Malam Garba Shehu, Senior Special Assistant to the President on Media and Publicity, who confirmed this in a statement in Abuja on Wednesday, said the appointment was in pursuant to the Nigeria Police Trust Fund Establishment Act 2019.

It was alleged that Jonathan acted based on perceptions of disloyalty on the part of the IGP and bias towards the incoming president.

Presidential spokesman, Mallam Shehu in his statement said that the President also approved the appointments of the following as Executive Secretary and members of the Board respectively:

Shehu said: “The above appointments are in furtherance of the Buhari administration’s commitment and drive to retooling Policing Architecture in the country by emplacing the Police Trust Fund to meet the aspiration of a well-funded, equipped and highly professional Nigeria Police Force in line with international best practices.

“This objective informed President Buhari’s re-establishment of the Ministry of Police Affairs on August 20, 2019.’’

The presidential aide quoted President Buhari to have also commended state governors, members of the National Assembly and Nigerians for their patriotic and spirited efforts at reforming Policing Architecture to deepen the country’s internal security.

The Minister of Police Affairs, Muhammad Maigari Dingyadi, according to him, will announce the inauguration date of the Board of Trustees of the Police Trust Fund

Mr. Abba was fired from his position as IGP on 21 April 2015 seven weeks after Jonathan lost the presidential election to Buhari. slideshow 2020-05-07
Younews Ng
Share

Tags Mr. Abba was fired from his position as IGP on 21 April 2015 seven weeks after Jonathan lost the presidential election to Buhari. slideshow