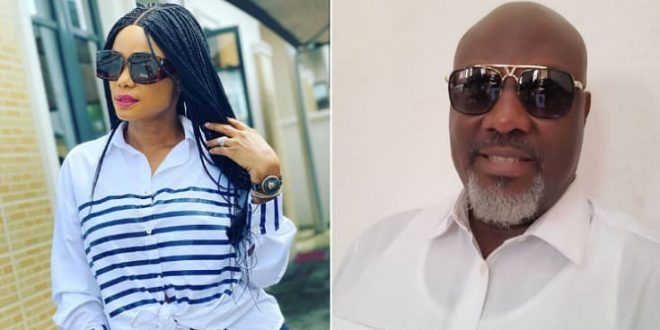 Senator Melaye, himself a leading political actor who has been credited with infusing much theatrics into the country’s political landscape, was married for ten years to Tokunbo Melaye. The marriage formally ended about three years ago in a divorce.

The marriage crash was preceded by reports of extra-marital affairs on the part of the former lawmaker and tales of battering.

Senator Melaye may have according to reports put the experience behind with a new commitment to Ms. Ojo, a celebrated actress, producer and director who is herself a divorcee. She had two children from her former marriage to a movie marketer.

It is alleged that Ms. Ojo and Senator Melaye got engaged last year following the matchmaking role of a Canadian based actress, Lola Alao.

Ms. Alao had also reportedly brokered a relationship between Melaye and one of his former women, the actress, Ms. Bisi Ibidapo. That relationship led to a baby

Previous Moving tribute from a friend of dead Thisday Journalist (Beyond ethnic lines)
Next Mr. Abba, newly appointed PTF Chairman was sacked by Jonathan..see why