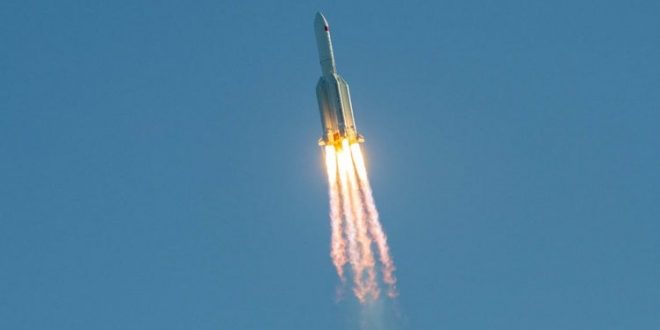 China’s new prototype spacecraft “successfully landed” on Friday, marking an important step in its ambitions to run a permanent space station and send astronauts to the moon.

The spacecraft, which was launched Tuesday, arrived safely at a predetermined site, the China Manned Space Agency said, after a hitch in an earlier part of the key test.

It said the cabin structure of the spacecraft had been confirmed on site as being intact.

The test vessel was launched with a cargo capsule aboard a new type of carrier rocket from the Wenchang launch site on the southern island of Hainan.

The space agency said the vessel was in orbit for two days and 19 hours and had completed a number of experiments.

The return has verified the spacecraft’s capabilities such as its heat resistance, vehicles re-entering Earth’s atmosphere face high temperatures.

It is hoped the spaceship will one-day transport astronauts to a space station that China plans to complete by 2022, and eventually to the Moon.

The new prototype expands the number of crew that can be sent into space to six from three in an earlier model.

Friday’s safe landing follows a snag in an earlier part of the test when an unspecified “anomaly” occurred during the return of the cargo capsule, which was designed to transport equipment.