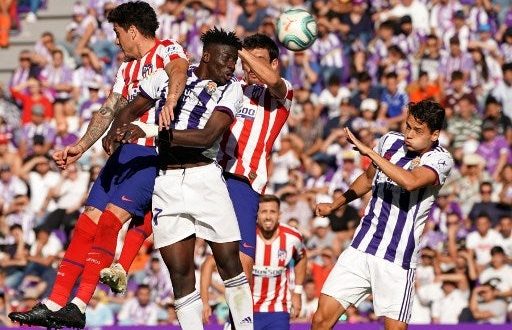 Leganes coach Javier Aguirre said Thursday that Spain’s La Liga will resume on June 20 and end on July 26 despite league bosses refusing to confirm his claim.

Aguirre told Marca Claro that he had been told officially of the plan to restart the championship which has been in cold storage since March due to the coronavirus.
“We already have a start date for the league — on June 20 we will start La Liga and after five weeks we officially finish, on July 26,” said Mexican coach Aguirre whose side were second bottom of the table when action was halted two months ago.

“Matches will be played Saturday-Sunday and Wednesday-Thursday, 11 rounds.

“La Liga has just informed me officially and I am very happy about that because we have now scheduled the training sessions. We start tomorrow (Friday) because thankfully we passed the tests.”

League officials have not yet commented on Aguirre’s claim, merely saying that their focus at the moment was completing the training phases at the clubs.

The first of a four-phase de-escalation programme announced by the Spanish government last week allows players to initially train alone, with a maximum of six players permitted on the pitch.

La Liga’s programme will then permit training in small groups before a return to larger team sessions.

In the fourth and final phase, in early June, the government has said outside events can go ahead when attended by fewer than 400 people.

La Liga is proposing to complete its season behind closed doors.