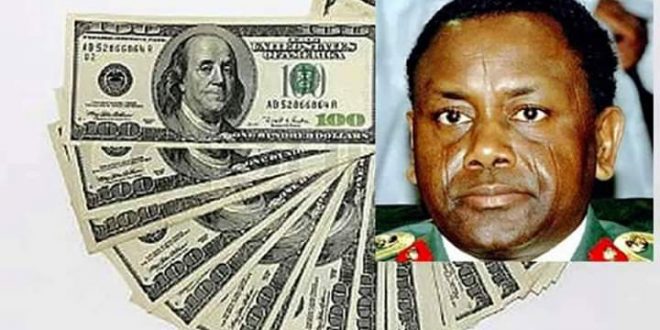 United States Embassy in Nigeria has confirmed the existence of another $319 million (about N124.4 billion) looted by former Head of State, the late Gen. Sani Abacha.

According to the U.S., the funds are in the United Kingdom (UK) and France.

The revelation came three days after the Federal Government received $311 million repatriated “Abacha loot” from the US and the Bailiwick of Jersey.

In a statement titled: “Return of stolen assets to the Nigerian people’, the U.S. Embassy in Nigeria revealed that there is a separate $167 million in stolen assets in France and another $152 million in the UK which is still subject to litigation.

Previous Kemi Olunloyo may be right, another source says, Nnamdi Kanu is dead, buried !
Next Julius Berger reach out with food palliatives to Abuja communities