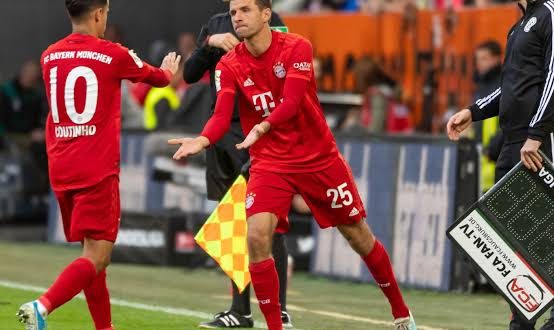 Big change in football ! FIFA increases substitutions to 5 in a match

FIFA officially approves 5 substitutions to be made in football matches when play resumes after COVID-19 pandemic.

The proposals are an acknowledgement of the increased demands likely to be placed on players when football returns. They will be coming off the back of a long lay-off due to the pandemic, and matches are likely to be played every few days as leagues seek to make up for lost time.

FIFA’s plans are subject to approval from the International Football Association Board (IFAB), which is responsible for the laws of the game and is already considering the proposal.

Protection of player welfare will be the main priority when a decision is reached, and that is expected to be made later this week.

Tags Big change in football ! FIFA increases substitutions to 5 in a match slideshow

Previous At last WHO ready to collabo with Africa on Covid cure !
Next Lagos Assembly insisting Sanwo-Olu must give account of COVID-19 donations, others