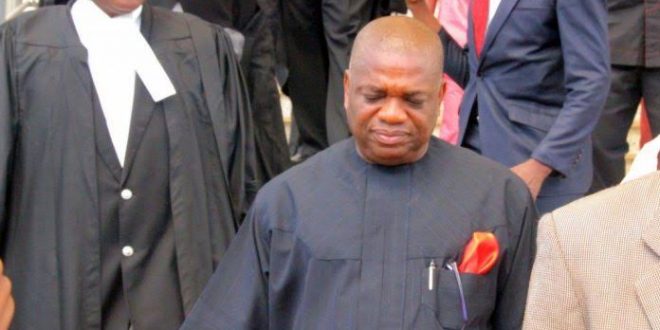 The Supreme Court is right in setting aside the conviction of Orji Uzor Kalu., Legal minds are insisting, beyond popular sentiment and prevailing emotion.

As rightly held by the Apex Court, Section 396 of the Administration of Criminal Justice Act (ACJA) that empowered the President of the Court of Appeal to give fiat to elevated federal judges to continue to hear and determine part-heard cases is in conflict with the Constitution.

The hierarchy of our courts is a constitutional creation.

The moment Justice Mohammed Idris subscribed to his oath of office as a Justice of the Court of Appeal, his former office and oath as a judge of the Federal High Court became extinct in law.

Since Justice Idris did not have jurisdiction to continue sit over the case, the conviction of Kalu and his co-defendants was null and void.

But, it is interesting to note that the Supreme Court did not pronounce on the guilt or innocence of Kalu and others.

If Kalu is guilty as charged, the judgment of the Supreme Court may just be a temporary reprieve; it might be a postponement of the evil day for Kalu and his company, Sloks Nigeria Limited.

However, the judgment will impact on the ability of the prosecution to prove its case in a fresh trial.

This case has been on for too long.

Orji Uzor Kalu at a point fought the prosecution up to the Supreme Court on technical points. The trial was stalled. By the time he lost his interlocutory appeal, a lot had changed, including the elevation of the trial judge to the Court of Appeal.

The prosecution (EFCC) will have to begin a fresh search for their witnesses. Some of them may have died or may have lost interest or may not remember what transpired with exactitude.

The intention of the National Assembly in enacting the now expunged Section 396 of the ACJA was noble.

But the Constitution is Supreme.

Previous 3,912 cases of #COVID19 in Nigeria Discharged: 679 Deaths: 117
Next Ex-Lagos Deputy Gov, other returnees from UK stranded at Lagos airport, threaten to leave without quarantine