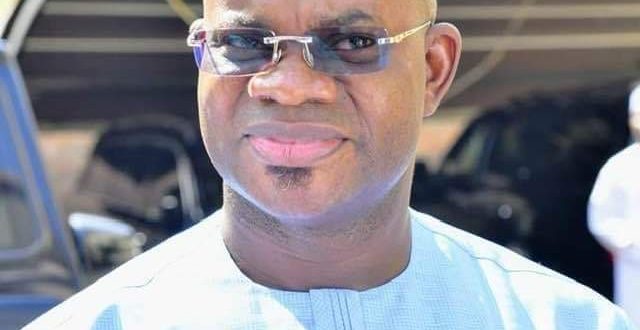 Federal Government delegation of health workers who were in Kogi state for an assessment of its COVID-19 status, departed the state unceremoniously, practically fleeing, for their dear lives.

It was later discovered that the delegation comprising officials of the Nigeria Centre for Disease Control (NCDC) and the Department of Hospital Services of the Federal Ministry of Health (FMoH), literally fled the state for fear of being forced into isolation by the state government.

The Minister of Health, Dr. Osagie Ehanire, had admitted that the Federal Government’s support mission to Kogi State to assist the state in responding to the challenges posed by the coronavirus (COVID-19) pandemic failed.

He said the mission to ascertain the claim by the state that it is COVID-19 free and to boost its testing capacity were not received with open arms.

The Governor of Kogi State, Yahaya Bello, had ordered the isolation of NCDC’s officials, saying that they had contravened their agency’s normal practice and protocol when a member of their delegation shook hands with the Director of Protocol, Sunday Ayenibe, after collecting the microphone from him.

The mandate of the FG delegation to Kogi besides ascertaining the correctness of the claims by the state was also to engage traditional rulers and community leaders in surveillance efforts.

Speaking during the daily briefing of the Presidential Task Force (PTF) on COVID-19 in Abuja, Dr. Ehanire said: “The Ministry of Health team sent to Kogi State has returned to Abuja without mission accomplished. New efforts will be made to engage Kogi authorities for resolution of differences.

“Kogi State is one of the few states that have said that they do not have COVID-19 patients, and they seem to be sure of that.

“The agreement we have had with them after discussions with the governors (Kogi and Cross River) is that we should send a delegation to the states just to validate that fact and to be able to engage the state governors and commissioners of health and also other public health authorities for validation.

“Of course, we need that for our national records and to be able to report to the world what the situation is in our country because by now the whole world knows that we do not have any record from these two states.

“We tried to send a team of the Ministry of Health and the NCDC into Kogi State yesterday (Thursday) but there were some differences there as to processes.

“This will mean that we need to re-engage the state governor again and work with him and his team to create the conditions under which the Ministry of Health and the NCDC can complete their job.”

The Director-General of the NCDC, Dr. Chikwe Ihekweazu, while addressing the PTF, also added: “You can only offer help where the help is wanted.

“Yesterday, we offered that help but it wasn’t in a place where the help could be accepted. Unfortunately, that was what happened last night.

“The reality is that we have had a great relationship with the state of Kogi.

“We have supported Kogi State in every possible way.
It is one of the first states to have an Emergency Operation Centre (EOC) supported by the NCDC.