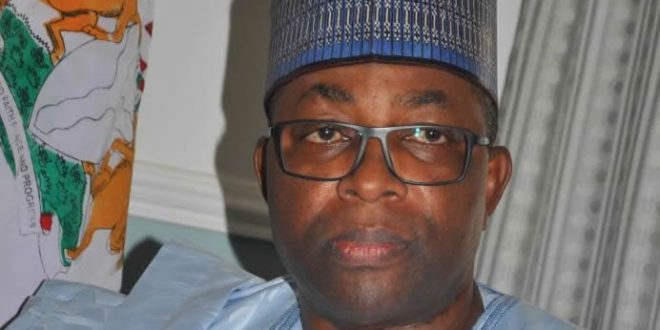 Bauchi Governor Bala Mohammad has revealed about 150 people died in Azare, the headquarters of Katagum Local Government Area in the last thirty days from hypertension and other related diseases.

They said about 301 people were feared dead in the last two weeks in the area.

Some associated the strange ailment with COVID-19.

But Governor Mohammad on Sunday told newsmen at the Government House about 150 had died so far in the last 30 days according to a report received from the committee set up to investigate the strange death.

He said: ”We have reviewed the rumour about Azare that it has become a morgue. It’s not true, we have gotten the statistics of the death in the last 30 days.

”About 150 died in Azare, an average of about 8 death per day and most of them we have found the cause to arising from hypertension and other related diseases, it’s not true that people are falling and dying in Azare, even if that is the situation ,we are moving there as a government.”

Read Also: Bauchi records 22 new coronavirus cases
Speaking on the enforcement of lockdown in Katagum and two other Local Government Areas, the Governor said it was sequel to the massive deaths and community transmission of coronavirus, which has risen.

Mohammad said he had directed the Deputy Governor Baba Tela to relocate to Katagum axis to properly coordinate response that will ensure massive contact tracing and testing to enable the state government establish the actual number of people who contracted the disease.

The lockdown in the three LGAs takes effect from Tuesday, May 12